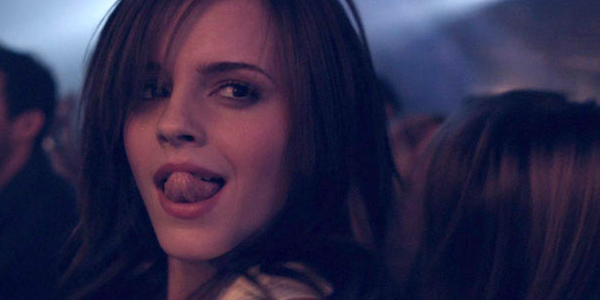 Every young actor who builds a career in a huge franchise needs a transforming role to announce themselves as a "serious actor," which almost counts doubly for the child and teen stars of both Twilight and Harry Potter. Some, like Robert Pattinson, have just about managed it - Daniel Radcliffe too - but others like Kristen Stewart and Rupert Grint are still unhappily tied to their first roles (despite Stewart's best efforts.) Now comes the turn of Emma Watson, all grown up from Harry Potter's pompous brain-box Hermione Grainger and already with The Perks Of Being A Wallflower under her belt - which was good, but hardly too transformative - as she takes on a key role in Sofia Coppola's Thief Girls Gone Wild tale The Bling Ring. She isn't a main focus, but she's very good, regardless of early problems with her accent, and she is probably the most exciting of all of the characters involved. The premise is simple and timely - a group of Los Angeles teenagers start robbing high profile celebrity homes, stealing thousands of dollars worth of merchandise. It is an absurd parable of the ridiculousness of fleeting celebrity, and the commodifaction of fame, feeding off and feeding the monster at the same time, and though it might look from the exterior like an unCoppola like project, it very much fits the director's profile in style and substance. There is a story here - and an appropriate one too - but Sofia Coppola could never be accused of letting story get in the way of how she makes films. She is a visual agent, more content with editing cleverly and establishing a feel for movies, rather than their storylines, and you can see why this film might have appealed to her. She has long been accused of making 90 minute music videos with little going on beneath the surface, and unfortunately for her, this won't really help cast off those aspirations. Especially when the soundtrack blares so loud that it interferes with the dialogue. But then Coppola doesn't seem particularly fazed by that - her agenda won't be changed by the petty scribbles of critics, or the fickle foibles of fans, and her conviction to the aesthetics and the indie-ness of The Bling Ring are to be commended. That isn't to say it is particularly good however - the characters are wholly unlikable and unsympathetic without exception (it's like Robin Hood, if the titular hero was an irredeemably arrogant snob who robbed for no reason) and the plot is as repetitive as the characters are obnoxious. The worst of all the characters, probably because of the comically poor performance by Gavin Rossdale is needless club promoter Ricky, who appears to have had his important scenes left out of the film. You suspect there's supposed to be a political message here, but Sofia Coppola probably isn't the right person to write it, and it tells. She ducks out of making any moral objection to the behaviour shown, or even offering it as a cautionary tale (no matter how many times she and the team behind the film insist that was the intention) and actually ends up writing a perverse celebration of the abhorrent wretches who rob their way to minor infamy and then celebrity. Crucially, the film never seems to know what it wants to be - it works best when it is a blackly comical parody of the culture of disposable fame, and the adulation of the wrong sort of people (like Paris Hilton and Lindsay Lohan) but it too often pulls its punches and is never quite brave enough to be bold. The message concerning Hilton is particularly confusing, given that she allowed her house to be a location, and was given a fleeting cameo, despite the fact that we are apparently invited to mock her for her very essence. But when you scratch the surface, The Bling Ring cherishes the grotesques of quasi-fame, rather than trying to knock them down, and it once more comes down to the fact that Sofia Coppola is patently not the right person to take that stand. A certain type of teenage audience will love this - and the Emma Watson fan brigade will too - but for everyone else, it's a little bitter and hard to relate to or be entertained by.
Want to write about Sofia Coppola, Emma Watson, Reviews, Cannes 2013 and The Bling Ring? Get started below...
Contributor
Simon Gallagher
Contributor
Twitter

Every Twist In The Saw Franchise - Ranked From Worst To Best