Frank Darabont's most commercially accessible film to date opens in just a few weeks time, The Mist. It is of course his third Stephen King adaptation after The Shawshank Redemption and The Green Mile. So no pressure in keeping up the trend of great movies there then! Anyway enough of The Mist. We are already looking ahead to Darabont's next film which looks set to be Fahrenheit 451 according to comments Darabont himself made to IESB...

Fahrenheit 451 is a 1953 science fiction novel written by Ray Bradbury which depicts a dim future where all books have been destroyed and original thinking has been suppressed (the latter part is just modern day Hollywood really). The movie follows a fireman (who in August was rumored to have been offered to Darabont's Green Mile actor Tom Hanks) whose job it is to burn all the books and the buildings which hold them. The title of the book if you are wondering refers to the temperature at which paper burns. The novel has been adapted to film already, all the way back in 1966 by famous critic turned director Francois Truffaut, his only English language film he ever made and his first in colour.

I've personally never seen the film but apparently it makes many deviations from the original source material and is often regarded as a fun but misguided adaptation... 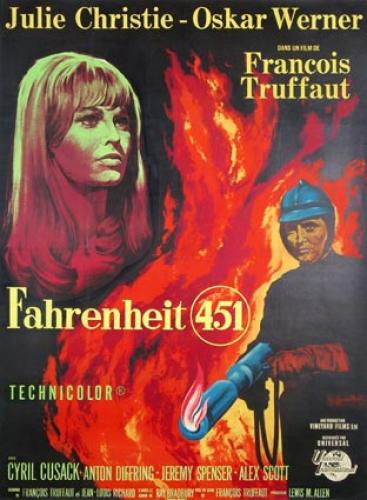 The film has been a desirable project for Darabont for years, with initial negotiations to make the film going back as far as six years. But for one reason or the other, it never got made. Now if all goes to plan, Darabont's next film will be this adaptation. An exciting project with extremely rich source material and a leading star who hasn't done anything this interesting in a number of years. Let's hope Hanks jumps on board here but with Angels & Demons also looking to be pre-strike, it seems doubtful.
We need more writers about Tom Hanks, frank_darabont, stephen_king, Movie News and fahrenheit_451! Get started below...
Editor-in-chief
Matt Holmes
Editor-in-chief
Facebook