Sin City creator Frank Miller has been talking to MTV and reveals that the long-gestating Sin City 2 movie which director Robert Rodriguez previously told us would film before the end was out, is now eyeing a spring 2012 start date as being more realistic. Miller/Rodriguez's script is currently being passed on by acclaimed The Departed screenwriter William Monahan. Miller also talked a little about their approach;

"'Sin City' number two is primarily an adaptation of the book 'A Dame to Kill For'," Miller reiterated, then adding: "It also features the short story, 'Just Another Saturday Night' and two new stories. One involving Jessica Alba's character, Nancy Callahan, that I came up with for the movie in order to tie things together and make it be more united with the first."

Miller didn't confirm that Jessica Alba would reprise Nancy Callahan but with her recently appearing in Rodriguez's movies Spy Kids 4 and Machete, there seems little doubt she'll be back at this stage. The character is vital to the interlocking and connecting stories coming together. She also appears in A Dame To Kill For, Miller's most famous Sin City story not yet adapted and a prequel to the previous events, which would see Clive Owen (we think) return as Dwight and Mickey Rourke as Marv and obviously a titular dame is needed! At one point the idea was to cast Angelina Jolie in the role of Ava, the ultimate femme fatale and she would certainly tick our boxes for the part! Well we think Clive Owen will return as Dwight. He certainly played the character in the original but in the comics (and referred to in the film) he went through major facial reconstructive surgery which could suggest another actor playing the part. Either way, he is the lead of A Dame To Kill For.

The characters Gail (Rosario Dawson), Miho (Devon Aoki) and Manute (Michael Clarke Duncan) also appear in that story and all those actors have always welcomed news of a sequel. Though one man who hasn't is Mickey Rourke who has said for years he had no interest in reprising Marv for a sequel but either Rodriguez/Miller are banking on him changing his mind or they are going to re-cast when the time comes? Especially as Just Another Saturday Night is a Marv-centric story that originally ran in "Sin City #1/2" and runs in the same timeline as That Yellow Bastard, adapted in the original film. The other story has long been known as The Long Bad Night with Miller/Rodriguez saving To Hell and Back (where he wants to cast Johnny Depp and Antonio Banderas) for a proposed third movie somewhere down the road. 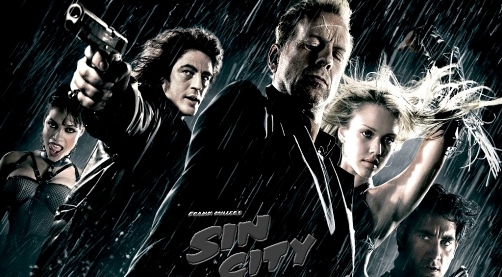 The original Sin City opened over six years ago now and grossed nearly $160 million worldwide before all was said and done. The film has a big cult following and one that has long cried out for a sequel and finally after years of budget/scheduling trouble, it looks like its going to happen. Though we've been hear half a dozen times before only for Rodriguez to move on to doing something else. Almost seven years on by next Spring... now is the time to get this film made.
We need more writers about Frank-Miller, Sin-City-2, Robert-Rodriguez, William Monahan, Sin-City, Clive-Owen, Jessica-Alba, Rosario-Dawson, Mickey Rourke, Michael Clarke Duncan and Devon Aoki! Get started below...
Editor-in-chief
Matt Holmes
Editor-in-chief
Facebook

Doctor Strange In The Multiverse Of Madness: 10 HUGE Missed Opportunities

10 Behind The Scenes Documentaries Even Better Than The Movies