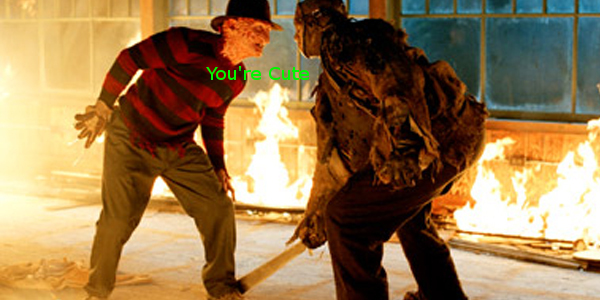 In 1987, if things had gone as planned, one of the Nightmare on Elm Street episodes would have included a flashback scene showing a still-living Freddy Krueger as a counselor working at Camp Crystal Lake. Freddy, it was going to be shown, molested a young Jason Voorhees, further adding to the subtle sympathy for Jason that usually bubbles up in Friday the 13th movies. I don't know why plans for this plot line were killed off; it would have made for a decent crossover long before Freddy vs. Jason ever came to be, and it would have deepened the characters of both Freddy and Jason.
Contributor
Tim Rich

Tim is a varied character. He's lived on three continents. He hates ice cream. He has been a highly-paid computer programmer. He invents collectible card games. He is a coffee shop owner. He has had fantasy stories published in magazines. Eventually he wishes to retire from life and become a professional 10-pin bowler who writes articles while living in his RV and traveling from bowling tournament to bowling tournament with his faithful wife in tow. And of course, Tim is a major horror and science fiction fan.

Pixar Quiz: Can You Name The Animated Movie By Just One Image?