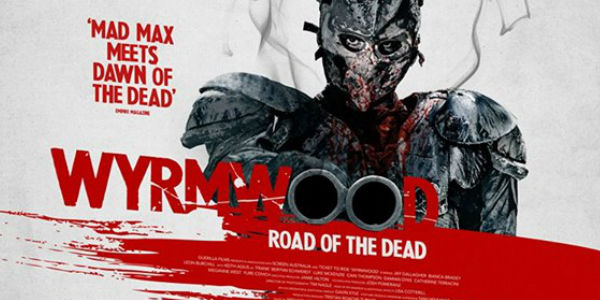 Thanks to Braindead and Mad Max, Australasia has already claimed significant standing in the histories of both zombie movies and post-apocalyptic action films. Now they've delivered us Wyrmwood, a film that seems to belong in both genres at once. IFC will be releasing the film in some US cinemas and on VOD tomorrow, and have just released a last-minute green band trailer. Here it is - and below that, the original red band version of the trailer too. If you're not at work, you probably want to go straight to that one. https://www.youtube.com/watch?v=ybVepcqxaS8 https://www.youtube.com/watch?v=bDYhZsp8Rpo Director and co-writer Kiah Roache-Turner seems well-versed in the conventions of the genres, and it looks like he's created something fairly slick on a non-existent budget. I checked out the official site he runs with co-writer and producer brother Tristan and found this statement from Kiah; "Were huge fans of genre films. Stuff like Mad Max and Undead were just awesome. After films like that you just keep wondering, when is someone going to do another film like that?" Yes, he' definitely "one of us," though the jury's out right now on whether or not we've found another pair of Spierig Brothers here, let alone another Peter Jackson or George Miller. I look forward to checking the film out over the weekend and finding out if there's more to this than a tribute or some fans going through the motions in style.

10 Reasons Batman Forever Is Better Than Any Other Batman Movie

10 Brilliant Movies With A Terrible Concept