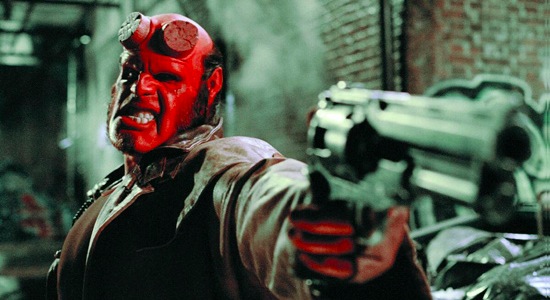 The comic world is buzzing this week after plans were revealed for a third instalment in the extremely popular Hellboy franchise. In an interview with Entertainment Weekly at this weekend's San Diego Comic Con, the film's visionary director Guillermo del Toro - who has frequently said his plans to complete his trilogy any time soon were probably folly given Universal's erratic on/off relationship with the series - had the following to say:

We can say publicly that now we are together in trying ...We're going to make an effort to do it. I hope it happens.

When we last left our Devlish do-gooder, he was in the midst of a war between our world and the world of magic, when an ancient pact is broken by a mystical Prince known as Nuada (Luke Goss). The film was closer to del Toro's other work, in particular Pans Labyrinth, than it was it's prequel and has perhaps moved away from it's comic book origins somewhat. http://www.youtube.com/watch?v=fWvpuwatbJM So after such a big war between reality and fantasy where could a third film possibly go? The film's star, Ron Pearlman, doesn't necessarily have all the answers but feels that a third collaboration with del Toro would be the best yet:

The two movies were really set up to have this unbelievable resolve. Everything that was done in both movies was leading up to this destiny, written in stone, of what Hellboy has been summoned to Earth to do. To not do it, particularly in light of the scope that Guillermo is thinking of for the resolve, would be in my mind a little bit of a shame."

There are certainly plenty of possibilities for plots should the filmmaker decide to go back to the original comic books, but given del Toro's penchant for master storytelling he is likely to come up with something of his own. He had previously said he wanted to a Hellboy vs Frankenstein movie as the third installment. Now wouldn't that be something to see! Where would you like the franchise to go? Should a 3rd Hellboy movie set up a BPRD movie? Which comic storyline needs adapting for the cinema? Have your say below.
We need more writers about Guillermo del Toro, Ron-Perlman and hellboy-3! Get started below...
Contributor
Matt Aspin
Contributor
Twitter