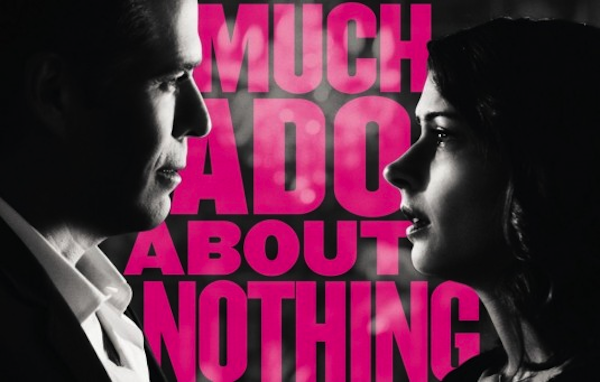 Shakespeare, as a high school graduate and English major I knew him. Peoples perceptions of him intrigue me. On one hand he is loathed with a passion equal to his brilliance. There is not a ring in hell which meets out as grizzly a punishment as would the high school bully if he could get his hands on the bard. On another he is the beloved word smith. It is fascinating to note, for all of his exceptionally clever rhyme, meter, play on words, etc., at the end of the day his plays were wildly popular; he was the George Lucas of his time. While I can go round and round about his plays, thats best left to high school and college English classes. Im sure something clever and insightful can still be written, but the real joy of Shakespeare, roughly 400 years after his death, is how his plays are interpreted. Because his directions are so sparse, interpretation has long been the name of the game. In the current remake/revision/revisit creative atmosphere I cannot think of a better persons work to go with. So, when I read that Joss Whedon was making Much Ado About Nothing I got excited. Ensemble is Whedons expertise. I was sure he would create something extraordinary. He delivered. There is so much to like about this movieacting, cinematography, sound trackbut there are two aspects of the film which really stood out to me: the color choice and setting.

The film is black and white, which mirrors the contrast between the two couples: the young and naive Claudio (Fran Kranz) and Hero (Jillian Morgese) and the older and glib Benedick (Alexis Denisof) and Beatrice (Amy Acker). Where it would seem completely obvious what each couple should do, things are rarely black and white; like in life, Much Ado About Nothing is really shades of grey. Much Ado About Nothing is set in contemporary time. The time frame is not given, but the whole story feels like it takes place over a couple days in what amounts continuous party. Its the ruling class equivalent to Spring Break. There might be a scene, two at most, where none of the characters has a glass of wine or shots or some other spirits in their hands. Whedons choice to set this film thusly is interesting considering current events. Like Don Pedro, Claudio and Benedick, the world in 2013 has been at war with terrorist for over a decade. The weight of the situation takes its toll and people have either become bitter or are looking for something to love, something delightful in life.

I close on a purely guilty pleasure: Nathan Fillion as Dogberry. What a brilliant choice. Fillion's comedic timing packaged in should be a commanding presence is perfect. Fillion owned the Dogberry character. Speaking of Fillion, the title of this review is a quote from him. In the Q&A after the film's debut at SXSW, the cast was asked how they dealt with the language. Fillion's answer was: "The language is flowery, and a bit like Yoda. Once you get that you're good." Indeed. So, whether you're a Shakespeare aficionado, or a beleaguered high school student, Joss Whedon's take on Shakespeare's Much Ado About Nothing is great way to spend two hours.

10 Horrific Movie Moments That Come Out Of Nowhere

10 Best Movies Where Everyone Dies

10 Movies You Have To Watch TWICE To Understand

10 Horror Movies That Purposefully Mess With Your Head New