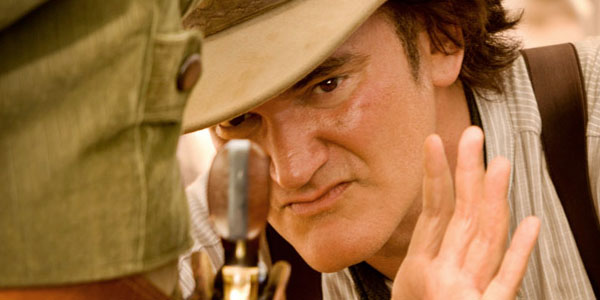 Last week, a first draft copy of Quentin Tarantinos (Pulp Fiction, Django Unchained) new script, The Hateful Eight, wound up splashed all over Hollywood and subsequently the internet. Not surprisingly, Tarantino was extraordinarily upset by what he viewed as an outright betrayal of his trust, and announced that in response he was shelving the project entirely. (For an in-depth recap, see our own Andrew Pollards article here).

On Monday, the story took yet another sharp turn as it was announced that Tarantino has filed suit against the Gawker site Defamer for posting multiple links to download copies of his script following the leak. This action caught some by surprise, if for no other reason than that when he spoke to Deadline immediately following the initial leak, the site quoted him as Lik the fact that everyone eventually posts it, gets it, and reviews it on the net. . In light of that, we might ask the question, why is Tarantino suddenly running down the warpath with Gawker? Truthfully, the answer lies with the buzzword that started this whole mess: Betrayal. Tarantino himself admitted that that was the driving force behind his choice to shelve the Hateful Eight project in the first place, and going after the folks who were making matters worse seems a logical next step when looked at from his point of view.

Many are dismissing Tarantino's string of choices here as everything from an ego-driven overreaction to the flat out temper tantrum of a guy simply too used to getting his way. What those who do so are forgetting is that some people in Hollywood still hold others to a high standard, and there's nothing wrong with that. The director shared a first draft script with three people with the understanding that it would be kept private. According to him, he literally met with them and handed off a hard copy of his work  and within 48 hours it was spreading through Hollywood channels like wildfire. It's worth noting that the likely reason the source of the leak won't ever be definitively traced is because the director made the copies himself of the unfinished work, sans the watermark that's the usual method of tracking disseminated scripts. Tarantino is absolutely right to be upset by the leak, especially since it was of unfinished material. Say what you will about the quality (or lack thereof) of Tarantino's filmmaking, but at the very least he deserves to be respected as a writer and creator, and if there's one commonality we can see between all writers, it's the universal hatred of having their work exposed before it's ready. Leaking the script was wildly unprofessional, not to mention disrespectful. Much as it pains to say it, Tarantino's decision to shelve the project is not an overreaction. Doing so speaks to him as a man who genuinely enjoys and values the camaraderie and experience of making a film for an audience to enjoy, and having that yanked away from him by a script leak was bound to press the wrong buttons. It's abundantly clear that he loves his movies and the people that he works with, and to have both of these betrayed in one fell swoop is no small thing. Sentiment is all well and good, but the question remains: does Tarantino actually have a case against the gossip site Gawker, or is he overreaching or even unintentionally shooting himself in the foot with this lawsuit? Offhand, the answer would seem to fall in the realm of the latter, especially considering his comments in the Deadline article. But we can't forget that in that same interview, held less than 24 hours after the leak, Tarantino professed plans to publish his script in book form, going so far as to say that he would be making appointments with publishers and agents immediately. From a legal standpoint, that's a significant thing that immediately differentiates this from, for example, the situation that arose when the long-defunct Justice League: Mortal script made its way online a few months ago. He hadn't cast aside the project entirely, and if he does move forward with it, the last thing that's needed is a batch of first-draft scripts and reviews of the unfinished project floating around online. In any case, following the leak and the interview, Gawker published links to the Hateful Eight script, which, regardless of production status, is still copyrighted material and falls under intellectual property rights. The suit toes an interesting line. It's no secret that there are thousands of different film scripts and even TV episode scripts floating out there in the ether of the internet  so where might the line be drawn? Could a suit like this open the door to prosecution of sites that host links to years-old scripts, made or unmade, and the people who read them? Possible, but highly unlikely. The crux of the suit, as laid out in the official complaint (which can be viewed on the Hollywood Reporter website here; and the initial reportage and commentary found here), is the fact that Gawker not only published links to the script in their own domain, but ignored repeated requests to have said links taken down from their site. "The reason for the Copyright Act is to protect against the Defendant 's conduct." Following the filing, Gawker writer John Cook posted a response, which can be read in full here. Boiled down, their defense is that they were not directly responsible for the posting of the script, and that they only linked to it as news, and as such are not culpable in the suit. The problem with this? No other entertainment news site seemed to feel the same way about posting a link to the script itself. Sure, everyone reported on it - that's what's supposed to happen. But nobody else felt that an integral part of their reporting was to post a direct link to an illegal upload of the script file. It's simply not something that conscientious, reputable sites do. Gawker also criticizes Tarantino for "deliberately turning the leak into a story". Well, it should be a story, just like similar incidents have been. Several months back, a Breaking Bad script was stolen from Bryan Cranston's car - and nobody questioned the fact that it was news, and that the theft was wrong. Yet suddenly because a contentious director like Quentin Tarantino is involved, we're expected to sit back and consider it an inevitable part of the business? In the end, the issue is that Tarantino is looking to retain at least some (well deserved) control over his own work, rather than having it heedlessly plastered across the internet illegitimately under the false heading of "journalism". Regardless of your opinions of Tarantino as a filmmaker, it's clear that as a creator, writer, and copyright holder, he is in the right when it comes to this case. What do you think? Would you side with Tarantino or Gawker? Is this a potentially important case? Or does none of it matter to you at all? Sound off in the comments below.
Want to write about Quentin Tarantino and The Hateful Eight? Get started below...
Contributor
Matthew Hurd
Contributor
Twitter
Facebook

Matt is a freelance writer and aspiring TV and film scriptwriter. He has a bizarrely eclectic skillset, and the interests to match. Find more of his work and ramblings over at the Breakwater Industries page on Facebook. He is a regular contributor to WhatCulture.com, and his work has also appeared in the essay collection "Joss Whedon: The Complete Companion", published by Titan Books.

10 Most Anxiety-Inducing Horror Movies EVER

What Happens After Once Upon A Time In Hollywood

10 Movies That Almost Had Much Better Endings

Another 20 Underrated Movies You Have To See