Updated: Just as we were going live with this post, EW dropped a ton of new images from Sony's The Amazing Spider-Man sequel, which have now been included in this article, beginning above with Spidey giving a dressing down to Jamie Foxx's villain Max Dillon, his human pre-form before he turns into Electro! By now, the news has made the rounds: Comic Con 2013 was an absolute stunner. So many huge announcements were made and a ton of big surprises had everyone screaming for more. But perhaps the biggest knockout of all was anything relating to Marvel's panel, including the panel of The Amazing Spider-Man 2. Marvel brought their A-game, dropping all the right bombshells to get everyone rallied up for the next three years, and beyond. But sometimes there is a bit of news that makes it outside of the panels and into the open. Marc Webb, director of The Amazing Spider Man and harbinger of its sequel and coming future, confirmed a piece of news that had a lot of people talking, and had me rejoicing: Hans Zimmer, the man responsible for the the musical score for The Dark Knight trilogy and Man of Steel, will helm the score for The Amazing Spider Man 2. Wow. Now THAT is the definition of a bombshell. Hans Zimmer is one of the most renowned musical collaborators of all time, dishing out some of the most memorable themes and tunes in film history. But what matters most here is that he composed the scores to four huge blockbusters, all of which were comic book films. The Dark Knight Trilogy is Zimmer at his dominate form and Man of Steel at his most understated and epic form. So how, exactly, will he handle TASM2? James Howard Newton I believe did a marvelous job at presenting a different musical angle with Spider Man, deriving from Danny Elfman and Christopher Young and adding more emotion and virtuoso to the beginning stages of an upcoming superhero. And with all the big news and plot lines going on in TASM2, things might have to be kicked up a notch or two; and this is where Hans Zimmer comes into play. Hans Zimmer is use to handling movies with epic situations and emotional drama, and TASM2 seems to have both of those in strong supply. I can already see a very electric, rhythmic composition for Electro and a tweaked theme for Spider Man. And being the genius that he is, Hans Zimmer will undoubtedly supply enough drum beats to keep the ears ringing. All in all this is a gigantic addition to the rebooted Spider Man series. With Zimmer now on the playing field, and all the little surprises and hints from Comic Con 2013, TASM2 stands a much stronger chance on its own eight feet. The rest of the new images from the movie below; 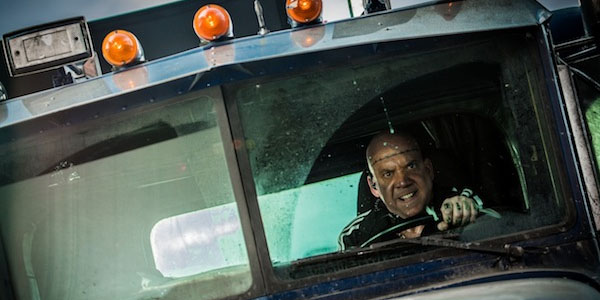