No, the title isn't a typo or an oxymoron. As much as I love a great, well-made movie, there's a darker part of me that almost loves a bad movie more  but not just any bad movie. It has to be so bad, it's enjoyable to sit through and mock, a la the classic '90s television show Mystery Science Theater 3000 (or MST3K for short). In other words, it has to be so bad, it's good.

Maybe it's the pure, perverted thrill of schadenfreude (thanks Germany for creating that word!), or maybe it's the strange high you get after seeing a car crash  that "Thank-God-it-wasn't-me" feeling - and however you try to explain it, there's a good reason these movies are on this list. Here then, are 6 of the Best Worst Movies. I picked one from each decade, starting from the '50s on up... 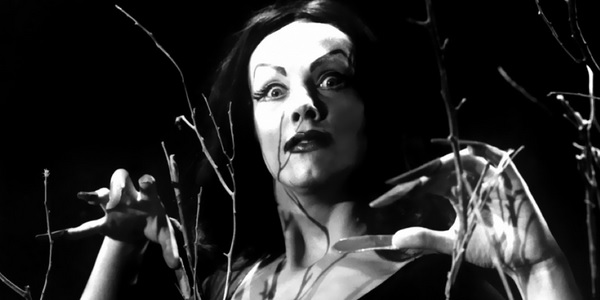 This is the one that started it all. Originally titled Grave Robbers from Outer Space, Plan 9 is about the ninth plan of a race of aliens (because apparently, eight wasn't enough), in which they resurrect the dead to warn humans they will soon invent "solarium," a weapon that uses the power of the sun, which will accidentally create a nuclear explosion so large, it will destroy the Earth and possibly the galaxy. You might understand this premise better if you are high.

The star of the movie, Bela Lugosi (Dracula himself), was dead before principal filming began. They only had a short, 2-minute scene of the real Lugosi in the can before he passed, but that didn't stop director/writer/producer Ed Wood, the schlock master of them all, from pressing forward with filming anyway.

No, he used a body double, his girlfriend's chiropractor at the time, to shoot the rest of his scenes. It features the immortal line: "You see? You humans are stupid! Stupid, stupid, stupid!" As previously mentioned, Wood wrote, directed, produced, and sometimes starred in all of his craptacular masterpieces. And he did it all while wearing a bra.

Michael Perone has written for The Baltimore Sun, Baltimore City Paper, The Island Ear (now titled Long Island Press), and The Long Island Voice, a short-lived spinoff of The Village Voice. He currently works as an Editor in Manhattan. And he still thinks Michael Keaton was the best Batman.

10 Most INAPPROPRIATE Scenes In Kids Movies

Charlize Theron Open To Stepping Into A WWE Ring? New

10 Horrific Movie Moments That Come Out Of Nowhere