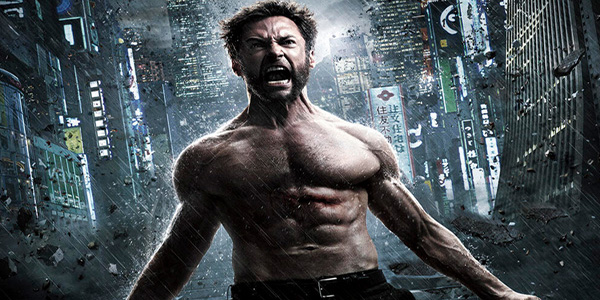 The Wolverine is back on Blu-Ray with Hugh Jackman supporting the sideburns for a sixth time in what is Wolverines second solo outing. After the mess that was 'X-Men Origins: Wolverine,' thankfully this film is not another origin story to make up for the negative reaction the first film received. The film kicks off in 1945 with Wolverine stuck in a POW camp in Nagasaki, Japan. The Americans drop the second atomic bomb of WW2 and Wolverine saves the life of a Japanese officer named Yashida. We then cut to the present day where Wolverine is living a solitary life in the Canadian wilderness. Yukio, a redheaded Japanese mutant played brilliantly by Rila Fukushima, finds him and tells him that hes been requested by a dying Yashida to come to Japan so he can thank Wolverine for saving his life and say goodbye. That sets in motion a story involving tech companies, samurai, ninjas, bullet trains, chopsticks, Yakuza and any other Japanese cliché you can think off as Wolverine is tasked with protecting Mariko (Tao Okamoto), Yashidas granddaughter and heir to the Yashida Empire. Director James Mangold attempts to tell a much more personal Wolverine story than we have seen before. Wolverine is haunted by nightmares about killing Jean Grey in X-Men: The Last Stand and longs to be released from the curse of being immortal. But when he is granted that wish (against his will) he soon learns that its not a gift he can do so easily without.