That's what Warner Bros. want to know, and they are banking on you to tell them this week by responding to posts like this. Late on Tuesday night, a near 8 minute viral Mortal Kombat video appeared on Kotaku that was of high production value and included some recognisable faces, including Michael Jai White as the character Jax, had the fanboys salivating at the mouth for more. The viral, titled Mortal Kombat: Rebirth, explained in length the back-stories for Reptile, Baraka, Scorpion and a really well put together fight scene involving Johnny Cage. The video & full explanation is after the jump; http://www.youtube.com/watch?v=9_MqZn7E-mk Even though nobody knew quite what it was for, the Internet community responded positively anyway. A little after it's debut, actress Jeri Ryan, who appears as Sonya Blade in the viral confirmed via Twitter that it wasn't an ad for a video game as some were speculating but in fact a short film made for a fair bit of cash, to pitch funding for a full length feature at WB;

"It's not a game trailer. Actually was made for the director to sell WB on his vision for a re-imagined MK film... I did it as a favor to a friend. No idea yet what WB's reaction to it was.

That friend is believed to be two people; Kevin Tancharoen who made last year's Fame remake, and the much celebrated fight choreographer Larnell Stoval whose work you can see in Undisputed 3: Redemption - which I've seen a bit of and the fight scenes are extraordinary. 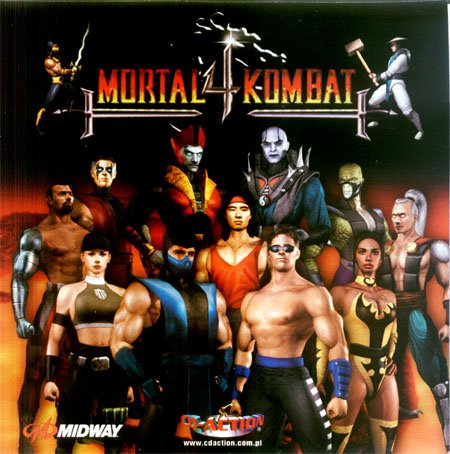 Shot with a kind of 90's David Fincher colour tone and dark, grotesque realism - the short depicts a Mortal Kombat universe that is more grounded in reality and it's clear the idea here was to get away from the myths, the magic, the superpowers of the source material, and to give reasonings behind everything. In a way it's Mortal Kombat Begins and this is clearly a place where a character like Raiden wouldn't exist. Personally, I think that's a mistake and any new Mortal Kombat movie should embrace exactly what the source material is. A balls-to-the-wall, bloody, R-Rated gore fest with tons of fantasy (flying fireballs, frozen shoots) that has a deep mythology. Otherwise - what is the point? You lose what the game is about. For the past ten years, dozens and dozens and dozens of attempts to make a third Mortal Kombat movie have been spoken about, greenlit, then dumped months later only for the next sucker to give it a go. In fact, since OWF started in mid-July, I think we've seen about four or five separate attempts to revitalise this franchise. The latest was set this January when rookie Oren Uziel (writer of the 2009 blacklisted screenplay Shimmer Lake) was hired to come up with a screenplay that would restart the series. We've had no updates on his attempt since, though if Warner Bros. are happy with the reaction to this short, which I have a feeling they might be given the widely positive reaction - then we may well see this kind of real world MK greenlit soon. If nothing else... it means we will get superb fight scenes.
Want to write about Michael-Jai-White, Movie News, Mortal Kombat Rebirth, Mortal Kombat, Jeri Ryan, Oren Uziel, Kevin Tancharoen and Larnell Stoval? Get started below...
Editor-in-chief
Matt Holmes
Editor-in-chief
Facebook