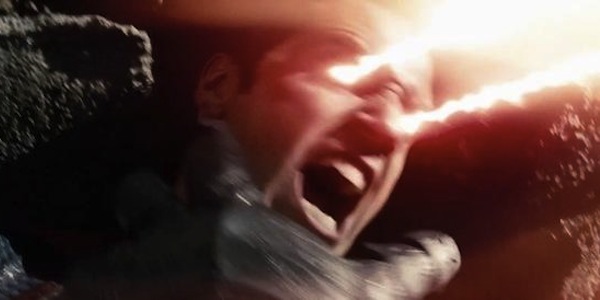 Zack Snyder, the director of Man of Steel, has addressed the mass destruction wrought by Superman and Zod at the end of Man of Steel, in an interview with The Japan Times. Of the climactic battle in the film, which opens in Japan today, Snyder said:

"I wanted the movie to have a mythological feeling," Snyder said. "In ancient mythology, mass deaths are used to symbolize disasters. In other countries like Greece and Japan, myths were recounted through the generations, partly to answer unanswerable questions about death and violence. In America, we don't have that legacy of ancient mythology. Superman is probably the closest we get. It's a way of recounting the myth."

Many people were critical of the film's ending which showed Superman and Zod destroying numerous buildings in Metropolis and, presumably, killing thousands of innocent people too. Buzzfeed estimated the total death toll to be around 129,000 and the total cost of damage to be around $2 trillion. Snyder also mentioned Christopher Nolan's involvement in the film, who directed the last three Batman movies and served as Executive Producer on Man of Steel but is not involved in the sequel starring Ben Affleck as Batman and Henry Cavill as Superman.

"Chris and I tend to like the same movies," Snyder said. "For me, a good movie has a pokey feel, and its surface has sharp edges. It's hard to hold in your hand, but fascinating to look at. The 'Hollywood committee,' on the other hand, is always trying to get rid of those edges, to make it softer, lighter, more palatable. Those movies are easier to sit through and accept but once the lights come on you've forgotten all about it. It winds up not moving you, and the experience doesn't stay. The best movies are the ones that cut you a little."

Snyder's next film, Superman Vs Batman, is scheduled for release on 17 July 2015.
Comics

Want to write about Zack Snyder and Man Of Steel? Get started below...
Contributor
Noel Thorne
Contributor
Twitter