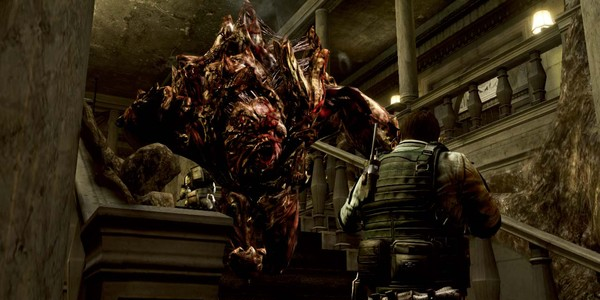 CapcomIn its last few outings the Resident Evil franchise has become rather more complicated than the tense Zombie slaughtering affairs the first smattering of games were. From the Gandos and Plagas of RE4 and the Uroborsos of RE5 to the infinitely varied C-Virus carriers of RE6, the franchise hasnt just deviated from its roots in terms of the action-saturated gameplay. Indeed, at times it is very easy to lose track of all the nasties in Capcoms games who want to tear your face off. The issues players had with the franchises many different strains of virus didnt stop at their being confusing however. Though we saw in RE4 how effective a varied roster of enemies could be, for the most part they have never felt as terrifying as zombies; the creature which is supposed to be the bread-and-butter of the series. Capcom tried to return to their former glory in RE6 by bringing the zombies back but the issue here was that they were only encountered in Leons campaign. The developers tried to be overly ambitious in that game with too many locations and different types of enemies and the experience was negatively affected as a result. In interviews Capcom have indicated that they are eager to return to their roots in the next Resident Evil title  many fans believe that this statement of intent could result in more zombies and either a simplified or completely absent virus.

10 Most Underrated N64 Games Ever

10 Video Games That Secretly REWARD You For Cheating