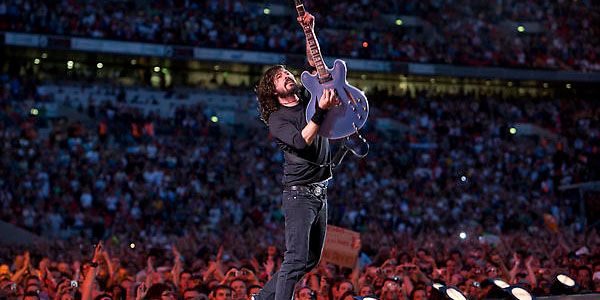 The power of music is staggering. One minute we're struggling to find the motivation to finish the work out at the gym; but then an absolute corker of a tune comes on shuffle. Suddenly the music takes over, and we find the strength from the deepest cavern inside of us to finish the last set of challenging weights.

To help you with your work out and to generally brighten your day, we thought we'd compile a list of 10 such tracks, that make you want to chest press a lion, wrestle a bear or run up a set of Philadelphian museum steps sporting a ridiculous headband and an odd shaped sweat patch.

There are hundreds of motivational rock tracks and narrowing it down to 10 is the hardest thing I've done in a long while, missing off some obvious tracks that you should already now. So if you have any particular favorites that didn't make the list, then share your stuff in the comments section below!

It's hard to argue that a Queen song wasn't going to make the list, it was a case of which one. With an operatic ballad passage leading up to probably the most head banging riff of all time, it had to be Bohemian Rhapsody. Written entirely by Freddie Mercury, who'd have thought that a song about a boy who has killed a man, been sentenced to death and then wanting Scaramouche to do the Fandango before meeting Beelzebub in hell would sell over 6 million copies. It eventually became the UK's 3rd best selling single of all time, and number 1, in 5 countries, and in many peoples opinion the best song ever.
Contributor
Andrew Lees
Contributor
Twitter
Facebook

Passionate and knowledgeable about rock, metal and other alternative music, I love to write reviews and articles alike. I love to read readers comments, so don't be shy and type away! Follow @MetalMusicStuff

10 Biggest Bands That Got Boo'd Off The Stage

10 Bands That Ended Their Careers On A High Note

10 Perfect Beatles Songs With No Flaws

10 Songs That Get Better Every Time You Hear Them