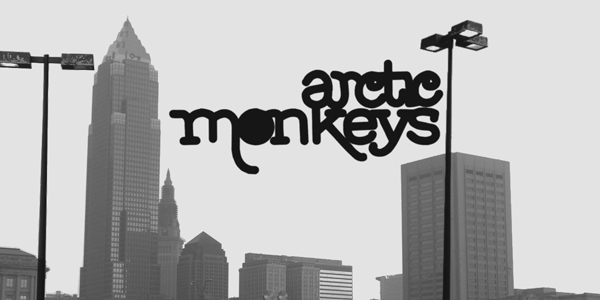 Since the Arctic Monkeys came into the mainstream reckoning in 2005 with their debut single I Bet You Look Good On The Dancefloor, which went straight into number 1, they have released a number of memorable tracks, including two number ones, and an additional 3 more singles that lodged into the UK Top 10. Although singles chart success has dried up in recent years, the boys from Sheffield have still been successful on the album front, with each of their four studio albums to date reaching the number one spot in the UK Chart. However, this article is not a homage to the success of the Arctic Monkeys, it aims to look at the lesser known tracks, the ones that featured on as B-sides or on EPs. this article will look at 7 of the Arctic Monkeys lesser known tracks, that you may never have heard, and maybe never even heard of, so enough waffling, lets get on with the list

Released back in 2011 as a B-Side to Suck it and See, Evil Twin surpassed the single itself in the UK Singles chart, charting at 35 places higher than the main single, perhaps outlining the overall quality of the song. Whilst I know little of the technical merits of a song, I instantly took a liking to this track after hearing it only once, and it remains one of my favourites almost 2 years on. The song provides the opposite side of the story to its main single, and does so in a manner that outdoes the title track in quality. Dont just take my word for it, have a listen for yourself http://www.youtube.com/watch?v=D-xsptV1bVg
Contributor
Sean Mills
Contributor
Twitter
Facebook

20 year old Sport Development an Coaching student who is a self confessed sports fanatic. Lifelong Bradford Bulls and Newcastle United fan who spends far too much time on the internet searching pointless sporting information, Sean is a 50 year old man in a much younger body, and particularly shows a passion for Rugby League. Follow him on twitter @seanmills9

10 Songs That Got Their Own Sequels

Can You Fill The Gaps In These Queen Lyrics?

10 Most Savage Rock And Metal Diss Tracks Of All Time

10 Amazing Rock Albums That You Didn't Know Were About Drugs

10 Deep-Cut Ghost Songs That You Need To Listen To

10 Pop Songs That Artists Want You To Forget