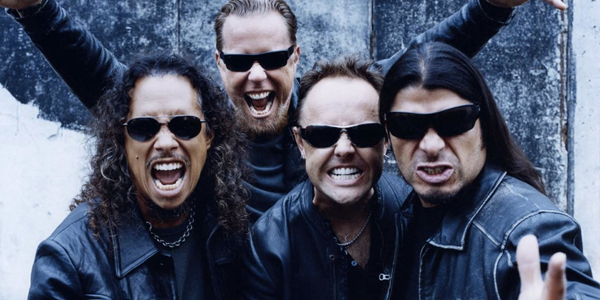 Ahh...Thrash. The much revered sub  genre of Heavy Metal, that has caused many an internet/bar room/kitchen table debate on whom, and what credentials, makes a band, or a particular album one worthy enough to be called Thrash! Fans of Thrash have a reputation that precedes them. Known for being elitist, close minded and stubborn they are however, some of the most enduring and devoted fans, any style of music has ever seen. Thrash has also given us the most well known name in Metal ...Metallica. They have gone on to become one of the biggest names in music, period. Not bad for four greasy metal heads from California. Thrash Metal was a happy accident. American kids, mainly from the Bay area of San Francisco, that were fans of the NWOBHM (New Wave Of British Heavy Metal - that peaked between 1979 and 1981) mixed the sound of outfits such as Angel Witch, Diamond Head, Budgie, Iron Maiden, Motorhead, Saxon and many more with the aggression and simplicity of Hardcore Punk bands like GBH, Discharge, D.O.A. ...etc and BOOM! Thrash was born. With Thrash enjoying somewhat of a revival in recent years with lots of new acts (Evile, Municipal Waste, Toxic Holocaust to name a few) paying homage to heroes from the genres 80s and early 90s heyday, focus has turned back on where it all began. Most of the worship is directed at the bands that the press labelled, The Big Four, namely Metallica, Slayer, Megadeth and Anthrax. These bands have been touring stadiums together on and off for the last couple of years under the The Big Four tag. The little known but no less impressive story behind this earth shattering, and for a lot in attendance, life affirming, series of shows starts on Metallicas private plane back in 2008. Picture the scene - frontman James Hetfield sitting at around 36,000 feet above the Earth, travelling between tour dates, is thumbing through a special publication from Metal Hammer magazine that focussed on Metallica and the story of Thrash Metal. The next utterances to leave his mouth would have been to the effect of Wouldnt it be great to get a load of these bands back together for some shows like the old days? His drummer and Metallica dynamo, Lars Ulrich had an epiphany and the rest as they say is history. 25 years after these bands all formed and helped create a whole new sound and they are filling stadiums together and not just Metallica who can do that under their own name anyway. Says something about the genre doesnt it? If youre hungry for more in-depth information, then a great place to start is the recent documentary Get Thrashed (available on DVD) that features so many people and bands that were in and around the scene at the time, when Thrash was coming to be and evolving rapidly. It will answer just about every question you could possibly have. Bands like Trivium, Bullet For My Valentine, Avenged Sevenfold, Machine Head, and so on, are constantly promoting these influences through wearing certain t-shirts on stage/in videos and dropping names that will undoubtedly be making their own, younger fans want to look back but not really know where to start. Allow us to help.
Contributor
Ben Timpson
Contributor
Twitter

Live and work in Aberdeen, Scotland...unfortunately. Sang in My Minds Weapon (Basick/Drakkar/Sony) for ten years (2002 - 2012) and now just tinkering with various other projects. Die hard Leeds United fan. Metalhead in my heart but also love many other genres of music. Also enjoy anything with Christopher Walken or David Caruso. Family live in Perth, Australia, so have been there many times. Best place in the world.

10 Rockers That Went Pop (And Nailed It)

10 Guitar Solos That Changed The Face Of Rock Music Forever

10 Rock Musicians That Get Way Too Much Hate

10 Legendary Musicians Who Fought Against The Music Business

10 Perfect Albums That Will Make You Love Hair Metal Music