Im somewhat saddened that the more Gothic side of Post-Punk Revival has run its course. I really havent been interested in much of anything Interpol has done post-Antics and Editors floundered hard with their third album, not to mention I have no idea what The Exploding Boy is up to anymore. Even some of the non-Gothic inspired bands have started to falter (Im looking at you Bloc Party), the genre had a good run and for a revival of one of my favorite times in music I greatly enjoyed it while it was in its prime. However Hidden Hospitals and their newest release EP 002 is giving me some serious flashbacks to a time draped in black and grey. Hidden Hospitals, much like other more recent bands like Headlights, isnt a Post-Punk band. Instead they are a band that is rooted in Alternative Rock but take many cues and influences from Post-Punk, especially in their sound design. Much of the music finds itself effect-laden in a spacey, dreamy matter with much use of reverb and delay and the occasional use of chorus and tremolo. It doesnt steal completely from the genre; instead it is more influences by the sound design of the instruments than the way the music was written. The first track, Featherweight, is a more prominent example of this idea as it borrows very heavily the sort of atmosphere one would expect from the Gothic Post-Punk genre. The guitars take up a lot of space, adding sound in a variety of ways and delivering this very dissonant emotional tone to the music. The one aspect that grounds the music outside back into Alt Rock is David Raymonds vocal performance, his vocal performance is so perpendicular to the music at times it comes off sounding more like a Progressive Rock band a la Mutemath. http://www.youtube.com/watch?v=r3Oz8_OnjrY If Featherweight is more Post-Punk then the next track The Absence Of Emotion is more Alt Rock. While still tonally aware it wastes no time to showcase itself with a more radio-friendly rock tone. The song features many good mainstays like a big chorus hook and palm muted notes during the verse that confirm its status as a solid rock song. If there was a song off this album I would see as the most viable for airplay The Absence Of Emotion would be it, not specifically because it is the one that is written to most benefit radio airplay but because of just how solid and fantastic the song sounds when put together. Ive had nothing but nice things to say about the first two songs off the album but the king breadwinner of EP 002 is easily Picture Perfect. This song completely nails the emotional uneasily feeling that keeps you on the edge of your seat as you listen until it unleashes this killer chorus on the unexpecting listeners. The combination of guitars during the chorus is artwork, one sets up this background that spends half its time full and half its time empty while the lead guitar crafts these lines that are inviting but so unsettling. The finished product between the two is this very tense aural feeling that is instantly memorable and the quietness of the verse only furthers the impact of the chorus. 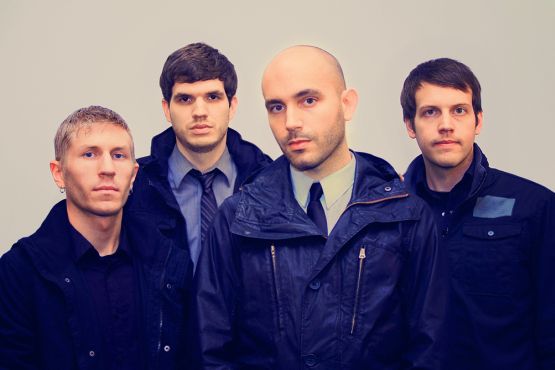 Monsters however is the weakest point of the release, it is five seconds shy of being the longest song on the album and is guilty of not doing a whole lot with the time it gives itself. Monsters acts as a change for the EP to keep things fresh, being a more linearly-written song with a much less exuberant feeling behind it. While there is nothing wrong with that, I actually applaud the idea to do something different and give the album some spice of another flavor, it just ends up dragging and theres nothing that particularly sticks with you as the song ends. Lullaby ends out the album very much in the same manner of The Absence Of Emotion. Lullaby plays its hand as a very Rock oriented song, the chorus steps out of line a little with more dreamy influences but otherwise its pretty straightforward. This may be a personal complaint but the song starts off with a pickslide that sounds rather awkward and out of place given the rest of the album, almost giving a bit of a trying-too-hard feeling. The lyrics are the main point of this song as Raymonds lines flow so smoothly together that they end up standing out from the rest of the song. Its not exactly up to snuff with the rest of the songs but theres nothing wrong with the song and is still presented as a great tune.

EP 002 overall is a great release. With Alt Rock as its foundation, Progressive Rock in its instrumentation, and Post-Punk in its atmosphere it comes across as an EP very confident with its sound and style. Its not perfect but with so much solid content it is definitely an above-average release that many people can easily listen to and enjoy.
Want to write about Reviews and Hidden Hospitals? Get started below...
Contributor
Jay Gary
Contributor
Twitter

The kinda guy that holds one man mosh pits in his room and yells "U-S-A!" throughout the house when the US wins a video game tournament. His adventures are documented on twitter @mrusuk

10 Biggest Bands That Got Boo'd Off The Stage

10 Pop Songs That Artists Want You To Forget

10 Song Meanings EVERYONE Gets Wrong

10 Amazing Albums That Will Make You Love Pop Punk Music

10 Rock Stars That Went Country (And Nailed It)

10 Bands That Ended Their Careers On A High Note