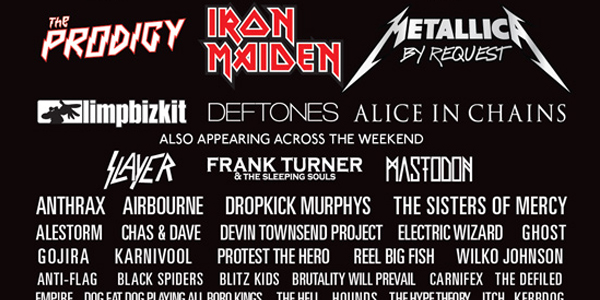 SonisphereAfter two long years away, the other giant British rock and metal festival returned to Knebworth with a bang this past weekend, bringing blazing sunshine, an incomparable refreshments selection (which put Download to absolute shame) and a hugely varied selection of music that made the three days of festivities feel all too short. Yes, the logistics left something to be desired at times  mostly during the garbled attempts to get everyone out of the car parks on Sunday night and Monday morning (just about understandable given the geography, but hard to take after two hours in grid-lock), but the atmosphere more than made up for any concerns, and the music selection on offer was beautifully well thought out. With a giant amount of music on offer, we waded through to put together a list of the very best performances at this year's rip-roaring Sonisphere festival...

Babymetal https://twitter.com/BABYMETAL_JAPAN/status/485402186990776320 Booking metal/idol fusion band Babymetal for the main stage at Sonisphere was either inspired or incredibly odd, depending on your reaction to the distinctly marmite band. For all but the extremely polarised either way, the decision  and indeed the band themselves  are both, as they proved in what can only be described as a unique rock festival experience. The mentality behind the band is not too much of a leap  metal fan adoration and Japanese idolisation are often very similar, so bringing the elements together more overtly is not a bad idea. And technically, Babymetal's backing group  painted in corpse make-up  are very good too, which helps sell. Sadly, for all of the smiles they raise, the band are just too jarringly odd to really be great. They feel like a gimmick way too much  which of course they are  and the sickly sweet anti-bullying message played over the screens was awful.

10 Best Metal Drummers Of All Time

10 Best Rock Drummers Of All Time

WhatCulture's COO and the guy who deletes your comments.

10 Most Iconic Live Music Performances Of All Time