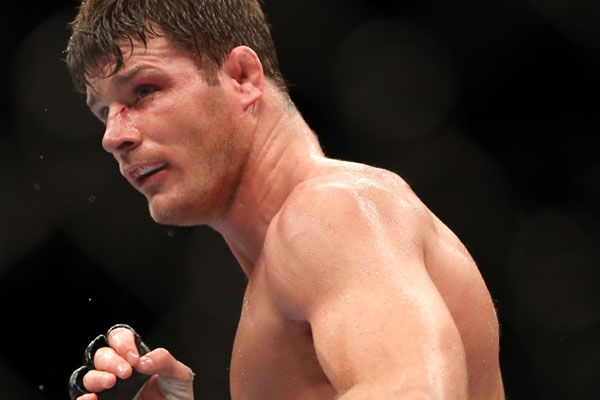 Gregory Payan/AP/Press Association ImagesMixed martial arts is one of the fastest growing sports in the world, both in scope and popularity, and a big reason for that is the sheer excitement caused by two competitors squaring off to throw hands and trade holds. UFC impresario Dana White is fond of saying that human beings are drawn to fights by nature, that our natural proclivities toward violence have helped make the sport the juggernaut that it is today. Athletes like Chuck Liddell, Wanderlei Silva, Anderson Silva and Shogun Rua have given the sport some of its most exhilarating moments in memorable clashes with game opponents. Who can forget epic brawls like Liddell vs. Silva and Rua vs. Henderson? Those are the kind of fights you show to a friend when trying to convince them of the awesomeness of MMA and convert them into lifelong fans. But for every one of those legendary rumbles, there are those fights that fail to capture the emotion and thrilling nature, whether its from a lack of effort or factors out of the hands of the men inside the cage. There are also those competitors whose entire approach is designed to lull the audience to sleep, from a style so snooze-inducingly boring that its impossible to root for them. Most of them wash out within a few years, because while yes, it is a sport, its primarily a business. And the goal of any business is to make money, which is hard to do when your athletes are driving away fans in droves. Occasionally men with that type of style slip through the cracks and hang around, and an even greater few have been known to be tremendously successful. Those are the mixed martial artists were going to focus on in this article. Here are 10 Ridiculously Successful UFC Stars With Boring Fight Styles
Contributor
Brad Hamilton
Contributor
Twitter

10 Openings Every Chess Player Must Memorise