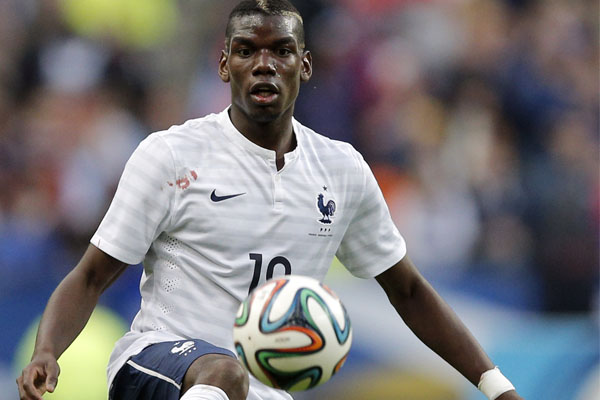 Christophe Ena/AP/Press Association ImagesMicro social networking site Twitter has used the recent World Cup rest break to officially unveil data showing the growth in followers for players and teams. The tournament in Brazil has recently taken a two-day cooling off period after three weeks of gruelling fixtures and Twitter have taken the opportunity to list the top 10 followed players and nations. As might be expected, Brazil, who are hosting the competition for the first time since 1950, dominate the charts although France, and in particular Paul Pogba (above) have seen the greatest increase in Twitter followers. Twitter's data shows the 10 most followed World Cup players, Premier League players competing at the tournament and teams since the competition began on June 12. This isn't the first time Twitter have released World Cup data. On June 27th the website revealed Argentina's Lionel Messi was the most mentioned player - but how does the Barcelona star fare in this recent batch of statistics? The World Cup resumes on Friday night when 1998 winners France take on European rivals and three-time champions Germany while hosts Brazil welcome surprise package Colombia to Fortaleza. In the meantime, you can view the Twitter data by clicking 'Next' below.
Contributor
Joseph Dempsey
Contributor
Twitter