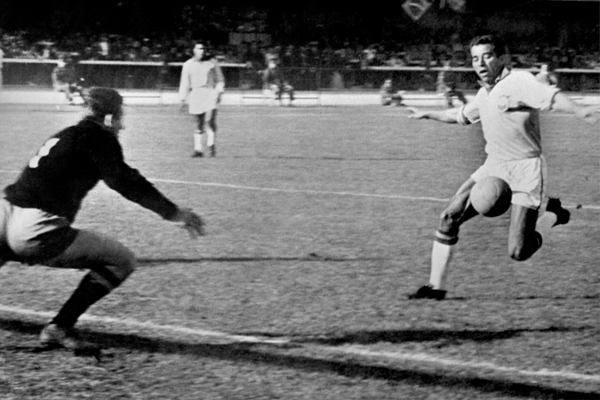 /AP/Press Association ImagesA big centre forward popularly known as "Peito de Aco", Steel Chest, Vava was renowned for his goalscoring ability and he certainly lived up to his reputation for the national team. Despite only playing 20 times for the Selecao, he managed 15 goals in that time and important goals they were too. In 1958 Vava scored 5 times as Brazil triumphed in Sweden, including a brace in the final against the hosts that saw Brazil go from 1-0 down to 2-1 ahead (eventually winning 5-2). After impressing in this tournament, Vava secured a move to Europe, playing for three seasons with Atletico Madrid where he scored regularly, but lost his Brazil place. Returning to his country in time for the 1962 finals in Chile, Vava also returned to the national team at just the right time. Not scoring any goals in the group matches, Vava, in the absence of Pele, became the key goal scorer in the knock out phase and ended the tournament with the Golden Boot (shared with five other players) and a place in the tournament's Dream Team. A goal in the final against Czechoslovakia makes Vava one of just four players to score in the final of two World Cups and the only one to score in successive finals. 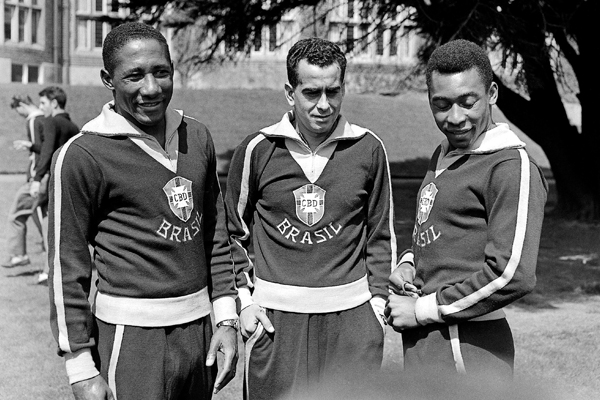 S&>/S&> and Barratts/EMPICS SportFew right backs can be deserving of a place on a list like this where three time World Cup finalist Cafu misses out, but Djalma Santos, often thought Brazil's most capable defensive talent, is one man that is deserving of that honour. Santos played the best years of his over twenty year club career with Palmeiras in Sao Paulo, winning the 1960 and 1967 Brazilian Championship, but is best remembered for his World Cup heroics. Playing 98 times for Brazil and featuring in four successive World Cups, Santos was always the defensive rock on which the great Brazil forwards could build on in attack. In 1954 he scored from the penalty spot in Brazil's quarter final defeat to the highly fancied Hungarians and was the only Brazil player in the tournament's Best XI. For the next two World Cups Santos continued to star as Brazil won back to back triumphs. Santos' appearances in the All-Star XI of the tournament in both 1958 and 1962 make him one of just two players in three World Cup All Star selections (the other being Franz Beckenbauer), a feat not even Pele could match.
Contributor
Jack Kingston
Contributor
Twitter