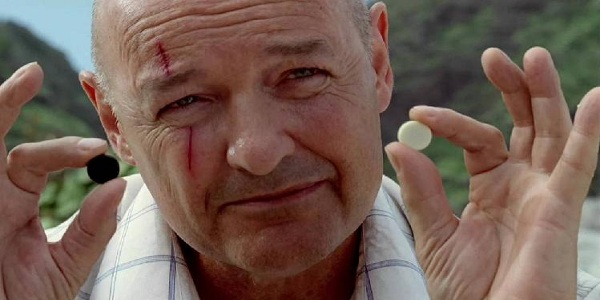 It's easy to praise the great twists in cinema - something like The Sixth Sense, where it turns out that...yeah, we've all seen it. However, some of the great twists that always get overlooked come from our masters of television. Picture, for a second, that The Sixth Sense were actually a TV show. The Bruce "Casper" Willis twist would come at the end of the pilot, but then they'd have to keep the narrative flowing and turning for six or seven seasons to come; Casper McClane would have to go to a psychic and maybe learn how to return to his corporeal form. Hell, at some point in Season 3, the writers would probably send some kind of ghostbuster after him, more than likely one that's being played Zeljko Ivanek. So, in praise of the great twists in recent television history, let's do a countdown of some great moments that had us talking at the water cooler the next day. Needless to say, there are immense, terrible, awful, meddling, pulsating spoilers to follow (for Breaking Bad, Game of Thrones, Reaper, Lost, Justified, The Americans, Homeland, Arrested Development, Heroes, and Orphan Black).
Contributor
Kevin Lanigan
Contributor
Twitter

10 TV Shows That Mocked Their Rivals

10 Worst TV Spin-Offs Of All Time

Friends Or The Office US Quiz: Who Said These Love Quotes - Ross Or Jim?

How I Met Your Mother: 10 Worst Things Lily Ever Did

Friends Quiz: Who Dated Them - Joey, Ross Or Chandler?

How I Met Your Mother: Only True Fans Will 100% This Barney Quiz