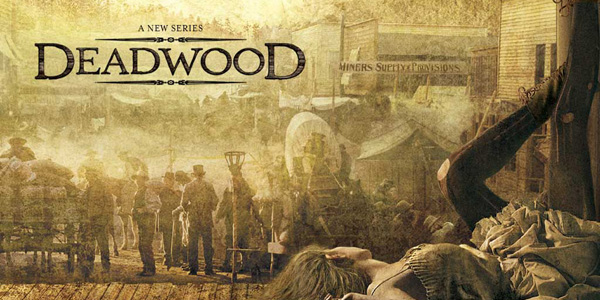 HBOAs you will see throughout this article, HBO is never one to shy away from spending big bucks in order to ensure that its shows are the best around. Deadwood is just one in a long line of ambitious programs either set in the past or in fictional worlds that require (and provide) lavish exotic sets, huge ensemble casts and intricate and detailed costumes in order to absorb the viewer into a realm of fantasy. Deadwood was a western that took historical figures such as Wyatt Earp and Wild Bill Hickok as well as real-life events and combine them with fictional elements in order to create the most intriguing stories possible. It was known for its large cast of characters, faithfully recreated western sets and a sh*tload of swearing which, although controversial, only made the show more popular with its fans. Deadwood also came with a hefty price tag - $4.5 million per episode to be precise. And when a studio is spending that kind of money on a TV show, it expects it to be a ratings goldmine  something that Deadwood wasnt. Although it was very popular with the critics, the niche appeal of the western meant that the show didnt appeal to a wide audience. This, combined with the large costs of production, got it cancelled after three seasons. There has been talk afterwards of doing two movies to close out the story, but all recent reports would suggest that those plans have fallen apart completely.
Contributor
Radu Alexander
Contributor
Twitter

Radu recently left a boring job and now writes stuff on the internet. When he's not here he's probably writing for GeeKiez. He's into wrestling, video games and a ton of TV shows, as well as all things weird or science-y. Feel free to talk to him about this stuff on Twitter.

Friends: The HARDEST Rachel And Monica True Or False Quiz On The Internet

How I Met Your Mother Quiz: Was It My First Line Or Last Line?