Television isn't what it used to be. Back in the day, TV was kind of what you did when your film career wasn't going too well, and you left the medium as soon as you became a "big star". (How many actors left incredibly successful TV shows to focus on their film work? A lot, let me tell you.) But times have changed. Hollywood was hit by the recession just like everyone else, and they couldn't afford to pay everyone the multimillion dollar deals they had been getting before. Suddenly, a steady paycheck on a stable television show started to look pretty good. So over the past few years, you start to see bigger and bigger names being attached to television shows. Maybe not the Brad Pitt level stars, but legitimate actors aren't turning their nose up at the medium anymore. While this is boon for the television-viewing public, the result of having so many stars on TV is that they take attention away from the lower profile actors on the show, who are usually doing just as good a job without any of the glory. Don't get me wrong, it's a good problem to have, but still. Here are some of the actors you see on TV who really should be getting a lot more credit for the stellar work that they've done. 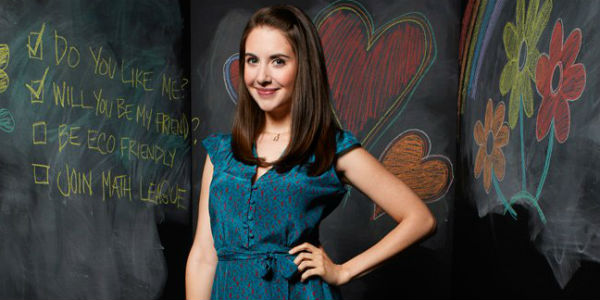 Alison Brie is a genuinely odd case. She is an incredibly talent actor who is featured on two critically acclaimed shows in two very different styles, but never seems to get much attention. She is the over-achieving Annie on Community, a role she has nailed down to micromanaging, Type A perfection. At the same time, she has a featured role on Mad Men, where she plays Pete Campbell's wealthy, entitled wife, Trudy. These two shows are pretty much complete opposites, and she nails both of them. Both of characters are flawed, but relatable, and Trudy in particular wins over the audience as she deals with all of her husband's various bulls**t. Seriously, that girl deserves a medal for listening to him whine about how no one at work appreciates him while he's off sleeping with other women. I suppose the reason for her criminal lack of notice is the fact that there are so many other quality actors on either show. Regardless, it's certainly time for her to get a project that will garner her a little more attention.
Contributor
Audrey Fox
Contributor
Twitter

The Office: You'll Never Get 100% On This Jim Halpert Quiz