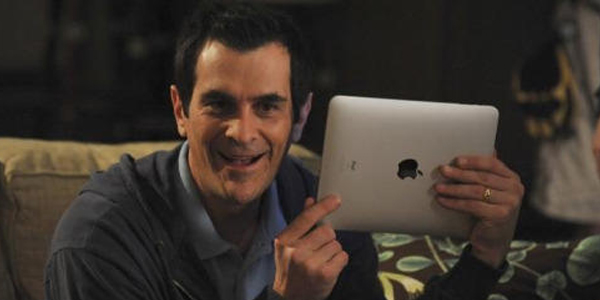 Everyone hates adverts. Ok, maybe that's a sweeping statement. But still, I'd mainly stick to my guns  when we plop ourselves down in front of the TV screen, we don't do so because we fancy being sold stuff. We sit down because we want to watch something that interests us  crime shows, political dramas, action thrillers, comedies, you name it, and we know the adverts come as part of the territory. After all, network executives have to eat and run their station, so they have to foist differing commercials upon us. However, with the advent of the recording, rewinding and fast-forwarding TV, we've never had a better reason to just flick through the adverts, gleefully waving in the rear-view mirror as we pass them by and delve back into whatever. Unfortunately, advertising folk tend to be clever, so they've adapted accordingly  rather than placing the adverts outside the show, they come slap-bang in the centre of the action. Most of the time this is done well, and is just incidental to the story  the fact Jack Bauer drives a Chevy doesn't impact on the plot, but we can still appreciate the car if we really, really want to. But occasionally  and depending on how much they're paying the writers  some advertisers seem to cross the line of what's acceptable and sally forth headlong into the plot. Suddenly, the product in the background has pride of place, and is being openly discussed by our heroes as if they're two salespeople at an expo. Sometimes, this can be endearing and played for laughs  a few of these instances feature on this list  but mostly, it's very, very annoying and breaks viewer immersion. After all, there you were marveling over the adventures of manly protagonist Jack Villainfister (it's a strange surname, Ill admit) as he smashed his way around the world in various acts of badassery, only for him to break out of being awesome and attempt to sell you a pack of crisps. It's jarring, noticeable and somewhat awful. So when you're ready, feel free to click next and ogle some of the more blatant wares-flogging TV's ever stooped to. Some of it's funny, some of it's tragic, but all of it makes you want to go out and buy stuff.
Contributor
Edward Owen
Contributor
Twitter

Star Trek: Picard - Everything We Know About Season 3