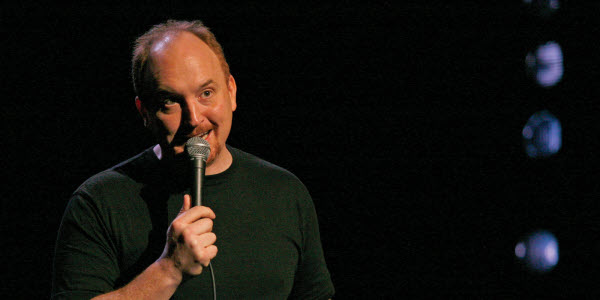 Stand-up comedy is a very hot entertainment business right now with comics selling out giant indoor arenas and having their own prime time TV shows by the dozen. Comedians are entering a big boom period for their profession and most are taking this by bending into the mainstream with family friendly observational acts or as panel show guest using topical based jokes. Some comedians however dont go down that route choosing instead to use controversy as fuel to get people noticing them. We all love a bit of controversy especially in jokes not one of us can deny having sent around or laughed at a sick joke the more controversial and taboo a joke is the more it tends to make us laugh harder. I personally love comedians who test out boundaries with close to the knuckle jokes about issues most people dont talk about. Even making political statements that make you think I find funnier than just going for a cheap gag. I am talking about the good controversial comedians obviously Im not going after the pure offensive ones who uses bad works like a child first discovering to swear or the pure bigoted ones Some comics have a real mastery is using bad language and making even the darkest unsettling moments in human history worthy of a chuckle. True some comics do it purely to offend a crowd but people do have to remember they are comedians its their job to make jokes and no one unless they really stupid would really act like a bigoted asshole while on stage. Ok rant over lets look at 10 amazing comics who can make you feel so guilty just for laughing over one of their jokes but are so talented at using dark and controversial subjects to make a crowd laugh.

Now I will probably overuse the word genius a lot in this article and Im sorry for it in advance but when talking about Stewart Lee the official 41st best stand up ever I think he is worthy of that tag. Lee is best known as an anti-populist comedian who shunts the mainstream limelight. His one solo BBC 2 show Stewart Lees Comedy Vehicle was well liked by critics and downloaded to watch by over one million people on the BBCs Iplayer. He chooses to appear in smaller theatre venues in front of 600 to 800 people who he makes sure our fans of his style of comedy this of course makes him an idealist to some not backing down from his beliefs and style even if it isnt popular. On the other hand it makes him a smug, condescending prat for not milking the comedy tit of wealth for all its worth. His style is very relaxed with repetition and lots of self-deprecation while the deconstruction of his own slow well thought out manner of telling jokes is so unique. Trust me its funnier than I made it sound but when you understand what Lee is trying to do and watch him its really amazing. https://www.youtube.com/watch?v=6YA5UdVhhsI He is often called a comedians comic because of the way he shows great self-awareness for what he is doing letting the audience into his act in such a convincing way you cant tell if its improv or written. Lees most controversial subject tends to be on religion. He co-wrote Jerry Springer the opera that offended a lot of Christians and almost lead Lee into being arrested for blasphemy. That experience gave him plenty of material to use against religious fundamentalist who had not seen the show so didnt understand that the show wasnt mocking religion in any way. He rallies against unworthy media superstars taunting them as well as internet message forum posters using intelligence to show why they are dumbing humanity down. His comedy is so well constructed and brilliantly written and performed making Lee one of the best comics around.

Ian Newby is a average nerd living in the north of England, if given the chance he would spend all his life sat watching every single football match he possibly could before catching up on nerd happy TV shows then playing videos games all night, thankfully he doesn’t do that.

10 Sci-Fi Movies That Get Better The Deeper You Go

Friends Quiz: Who Was It - Chandler, Joey Or Rachel?