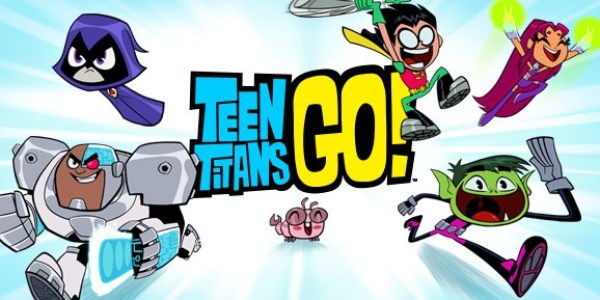 In 2004, an animated series based on the Teen Titans, a DC Comics team of sidekicks and young superheroes premiered on Cartoon Network. It aired for 5 seasons and was loved by its fans. Like many shows before it, Teen Titans was able to appeal to hardcore comic book fans and kids who had never heard of these characters before. The series became famous for its combination of humour, character development, and season long story arcs. The series was also one of the first Western-produced animated series to have anime influences, which included various visual gags and having a Japanese pop music duo perform the theme song. Teen Titans ended in 2006 (with a direct-to-video movie) and it seemed we had heard the last of Robin, Cyborg, Starfire, Raven, and Beast Boy. Then in 2012, animated shorts starring the team called The New Teen Titans aired on Cartoon Network's DC Nation programming block, clearly set in the same continuity as the Teen Titans series (with the same voice cast and miniaturized character designs). The shorts proved popular enough for Cartoon Network to consider reviving the property. Sadly, instead of a straight continuation of the original series, what we got was a "re-imagining" of the original series in the form of Teen Titans Go! The voice cast remains the same, but there are many aspects of this new animated series which have caused frustration and outright hatred from fans. This series has so much potential, which is why it is upsetting that to date, Teen Titans Go! has been a failure.
Contributor
Joseph Murphy
Contributor
Twitter
Facebook

A Catholic, Canadian university student who lives in the national capital city of Ottawa. Student of Public Administration, and lover of popular culture. Lover of film, comic books, MLP: FiM, and anime.

10 Movie Endings Darker Than You Remembered

The Hardest Friends Quiz On The Internet: Who Lost It?

Friends: The Dumbest Joey Tribbiani Quiz On The Internet

Friends Or The Big Bang Theory Quiz: Who Said It - Rachel Or Penny?

Friends Quiz: Who Said It To Chandler Bing?

Supernatural Quiz: Who Said It To Sam Winchester?

The Originals Quiz: Who Said It To Rebekah Mikaelson?

Riverdale: You'll Never Get 100% On This Betty Cooper Quiz