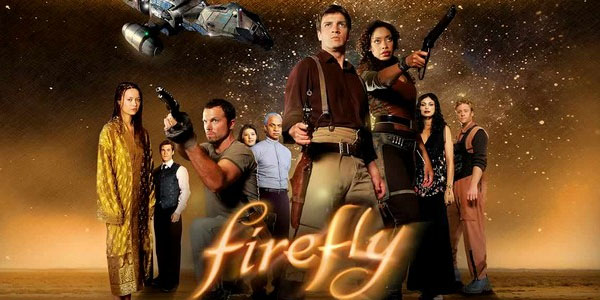 It is nearly twelve years since the powers-that-be at Fox had the foresight to cancel what would become one of the most beloved sci-fi series of all time. Not happy with putting the Kibosh on the dark and complex pilot episode, or only screening 11 of the 14 produced episodes, Fox broke the hearts of Browncoat diehards everywhere by prematurely pulling the plug on a show that was intended to run for 7 seasons. However, the franchise refused to die easily and the 2005 big screen release of film sequel Serenity gave hope that Firefly would once again return to television. Nine years later this has still failed to transpire, partially due to Serenitys average showing at the box office but also largely due to the career developments of some of its main players, most significantly creator Joss Whedon. Despite all this Firefly fanatics have long held hope that Captain Malcolm Reynolds and his crew of pioneering pirates would once again take to the skies. There is no denying a lot of time has passed, and many dissenting voices have suggested hopeful fans should just let it go but as long as Whedon refuses to condemn it to a permanent grave then there is no reason for Fireflys passionate fan community to abandon all hope:

"I'll never really accept it, and I always, in the back of my head, think, 'What if I could get the old gang back together? ... It's something I would love to do."

In summing up how many feel on this matter it is worth quoting another long lamented series but one which was given the opportunity to flourish that Firefly was so cruelly denied Serenity Now!

It's Always Sunny In Philadelphia: 10 Cameos You (Probably) Missed

As well as the odd article, I apply my "special mind" to scriptwriting for Comics, Films and Games... Oh and I cut down trees, I skip and jump, I like to press wild flow'rs, I put on women's clothing, and hang around in bars. Follow me on Twitter @DrRobertOtnik

10 Secrets Of The Batcave Explained

Batwoman: Ranking Every Character From Worst To Best

Which Community Character Said It?

Friends Quiz: Who Lied About It - Joey, Ross Or Chandler? Community

Brooklyn Nine-Nine Quiz: Can You Ace These Questions From Each Heist? Community