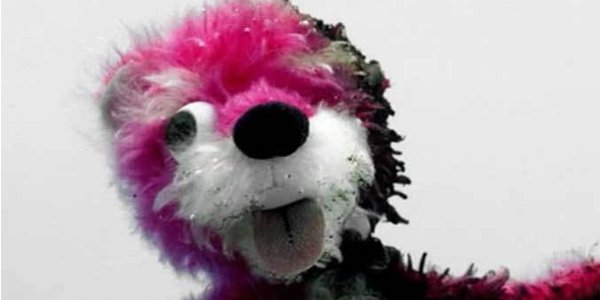 Throughout Breaking Bad's run, show-creator Vince Gilligan and his team of writers slipped in an innumerable amount of 'Easter Eggs' foreshadowing future events in the popular television series. From inside jokes, hidden messages and knowing nods to popular culture, the AMC crime-drama was choc full of secreted gems, some of which are only now being noticed by fans, over a month after its finale. Considering how fast-paced Breaking Bad was at times, (particularly during the climax to series 5), it is fairly easy to have missed these so-called Easter Eggs from first viewing. Fortunately, this is the 21st century, and there are a litany of fan forums dotted about the internet just brimming with hidden secrets and ominous messages. And here, we've rounded up 10 of the best Hidden Easter Eggs & References You Probably Missed. Please note that spoilers follow...

After finding out it was Walt who poisoned Brock, Jesse turns a gun on his former lab partner, who wiggles out of the desperate situation by framing Gustavo Fring. One of many examples of Walter lying to, and manipulating Jesse, but there's more to this scene than just the beginning of the disintegration of their relationship. This stand-off is eerily reminiscent of one of the most famous scenes from Quentin Tarantino's 1992 film 'Reservoir Dogs'. A coincidence, you might say, given that Walt, unlike Steve Buscemi here, is unarmed. But what was Buscemi's character called, again? Mr Pink. And Jesse's surname? Pinkman. And what character is Harvey Keitel playing? Mr White. Walt's last name? We're just putting two and two together here, folks.
Contributor
Joseph Dempsey
Contributor
Twitter

Friends Quiz: Match The Lie To The Liar - Rachel, Phoebe Or Monica?

Friends Quiz: Who Did It - Joey, Chandler Or Both?

Friends Quiz: Which Of Ross' Love Interests Said It?!

Friends Quiz: Match The Lie To The Liar - Joey, Ross Or Chandler?

Community Or The Office Quiz: Who Said It - Chang Or Dwight?!

Brooklyn Nine Nine Quiz: Who Am I - Rosa, Amy Or Gina?

Parks And Recreation Quiz: Can You Name The Actor Who Played The Character?