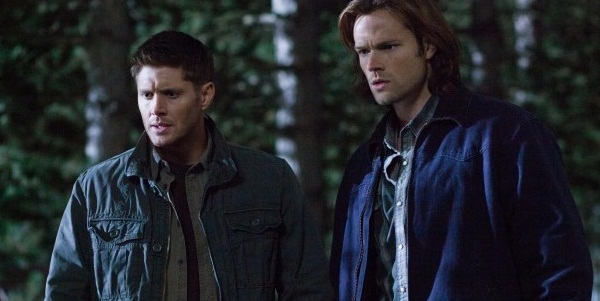 Attention, fans of Supernatural, The CW is talking up their impending spinoff of the series and we might all see it much sooner than expected. During the Television Critics Association Summer press tour, CW head Mark Pedowitz revealed that the new show would be less nomadic than its parent, which features the motley Winchester brothers fighting monsters and demons all across America. Based in Chicago, the still untitled project would include a mix of both monsters and humans as central characters, which would be relatively novel for a show thats mostly featured the two groups killing each other. Jeremy Carver and Robert Singer, talking to Entertainment Weekly, have said that fans will have their introduction to the new concept during Supernaturals season 9, whose 20th episoderelatively close to the conclusion of the seasonwould serve as a backdoor pilot. Carver specifically identified the dynamic, stating that they planned to explore the clashing monster and human characters by having main characters who are both human and monsters to include families of monsters and families of hunters. Although the Winchesters have their share of human, angel, vampire and even demon compatriots, the crux of that storyline is the bond between the brothers, even when its too angsty for its own good. With the new spinoff, Singer points out that its much more of an ensemble than Supernatural. Pedowitz did address the questions of whom would be included in this makeshift team of humans and creatures, mentioning up-front that he didnt think there were any plans for characters on Supernatural to be in the spinoff. At the same time, Singer and Carver did relate that Jared Padalecki and Jensen Ackles would be involved in the Chicago-based show, but that it would be a completely different cast of characters. One can assume the involvement of the Winchesters in the new show would be in a capacity similar to the way Angel and Buffy would intermittently pop into each others respective titles during their initial runs.

In fact, much about this set-up for a new Supernatural-related program has the echoes of those Whedon-helmed series, including the idea of an ensemble made up of mundane and fantastical characters whose very natures were often at odds with one another. Speaking of Buffy, isnt it time for a headlining female presence in the Supernatural universe? On the prospect of one of those main characters being female, Pedowitz was more non-commital, offering Hopefully, depends on how they craft the show. Still, one cant imagine, given how important female characters have been on Supernatural, that they wont have a strong presence in the new one, particularly since there are several great existing examples to choose from, including the tenacious Sherrif Jody Mills (Kim Rhodes) and wacky hacker-chick Charlie (Whedon alum Felicia Day). Both characters have had extremely recent appearances on the show, as well as a solid history in the mythology. What about Supernatural itself? How much longer can it continue? Its already heading into its ninth season, having eclipsed Buffy by a full season and gaining on the X-Files, which may hold the record as longest running paranormal tv series of that nature. Pedowitz says he could easily see the show running for a tenth season and possibly more and that there is no shortage of material. From what Ive read, Jeremy Carver is writing arcs that could go longer. As long as fans are there and ratings are there, there's no reason it couldn't continue ... If they can still tell great stories and Jared and Jensen still want to do it, why wouldn't you continue?" 'Supernatural' to continue for as long as they can continue, as long as they have great stories to tell. What do you think? Does a Supernatural spinoff hold any interest? What characters from the current series would you want to see here in a larger capacity? You know, that sounds like a great idea for a top ten
Want to write about Supernatural? Get started below...
Contributor
Nathan Bartlebaugh
Contributor
Twitter

10 Actors Who Were Totally Miscast As The Hero

Friends Quiz: Can You Name All These Characters?

Friends Quiz: Match These Monica Scenes To The Episode

Lucifer Quiz: Who Said It - Chloe Or Lucifer?

Game Of Thrones: 10 Characters Killed At The PERFECT Time