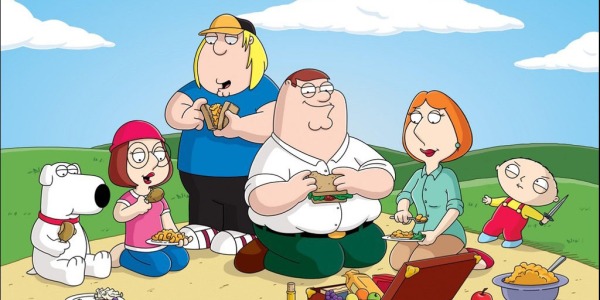 Family Guy premiered on television nearly 16 years ago, and has reached its 13th season, where it will probably crack the 250 total episodes mark before season's end. The show has seen more than its fair share of ups and downs, from being given terrible time slots to being cancelled altogether to having DVD sales break all kinds of records to being brought back to television to winning award after award to good reviews to bad reviews, and just about anything you can think of in between. The debates over the show's quality after all this time continue to rage in places all across the internet, but whether or not you think the show is still as strong as ever, or has taken a nose-first dive off a cliff, almost everyone can agree that Family Guy has been one of the funniest, edgiest, and best animated shows to ever grace a television set. The Griffins (Peter, Lois, Chris, Meg, Stewie, and Brian) and their adventures in Quahog, Rhode Island have become legendary. If you're looking to take a trip down memory lane, or if you're someone who has never watched the show and would like a course on where to start and what to watch specifically, this article is for you. Here, we'll be looking at the top 50 episodes in the show's rich history, counting down to the best, and discussing the top jokes, one-liners, cutaway gags, and scenes.
Contributor
Aaron Hyden
Contributor
Twitter
Facebook

Friends Quiz: Did Joey Say It?