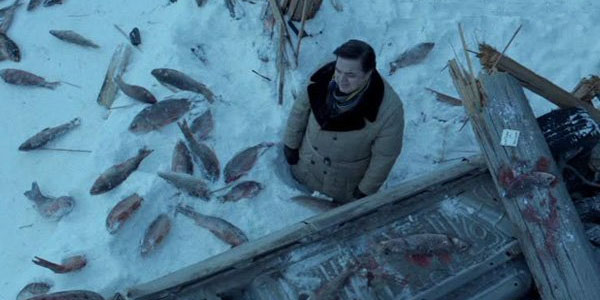 FXA couple weeks ago, Noah Hawley's 10-episode FX miniseries Fargo came to an end. Finales are a hard thing to pull off, but Hawley managed to completely utilize the show's miniseries format and tell one complete story that had a clear beginning, middle and end. He wrote each episode of the show, and took the time to really build a strong foundation and universe for these characters to inhabit, and then managed to throw enough chaos and intrigue into the mix to keep us glued to our television sets for ten straight weeks. All in all, the finale was incredibly satisfying, and managed to tie up most of the series' loose ends. However, no one is perfect, and Hawley did manage to leave a few plot threads dangling in the wind. Maybe he did it on purpose, to solidify the point that life isn't perfect. Just as Bob Odenkirk's Chief Bill Oswalt says, "Sometimes, ya go to bed unsatisfied." That, or Hawley just didn't have time to revisit some characters or plot threads as the show raced toward its gripping conclusion, and decided to keep the focus of the series on the core group of characters. Whatever the reasons behind them may be, Fargo left four major lingering questions for fans to pour over. Just as True Detective did earlier this year, Fargo created a rabid fanbase who dove headfirst into the series' mysterious, parables, and philosophical paradoxes, so perhaps someone with a keen eye or knack for investigative viewing can dig the answers out of the show's narrative. Until that happens, let's take a closer look at the four lingering questions left by the Fargo (series?)
Contributor
James Garcia
Contributor
Twitter
Facebook

10 Actors Who Hate ONE Movie In Their Franchise

How I Met Your Mother: Progressively Harder Who Said It Quiz

Progressively Harder TV Show Quiz: Match The Character To The Star That Portrayed Them

Friends Or How I Met Your Mother Quiz: Who Said It - Joey Tribbiani Or Marshall Eriksen

Brooklyn Nine-Nine Or The Big Bang Theory Quiz: Which Amy Said It?

The Big Bang Theory Quiz: Who Said It - Sheldon Cooper Or Howard Wolowitz?

Friends Or How I Met Your Mother Quiz: Who Dated These Women - Joey Tribbiani Or Barney Stinson?

How I Met Your Mother: The Worst Robin Scherbatsky Romance Quiz