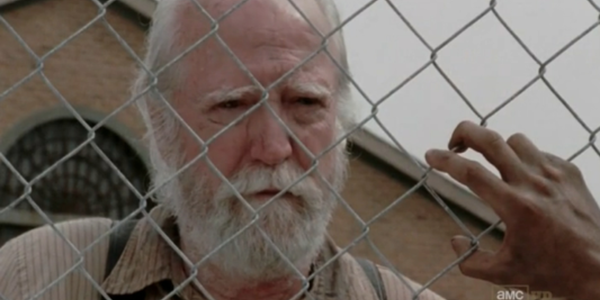 When speaking about the biggest badass on The Walking Dead, theres a reasonable selection to consider. Some fans might make a case for Rick  coming out of a coma from a bullet wound, Ricks quickly asserted his leadership in a group battling the zombie apocalypse. Other fans might lean towards Carol  shes come a long way from being the timid wife of an abusive husband. Of course, the strongest arguments may be made for Daryl and Michonne. Armed with their signature weapons, these two are a pair of zombie killing machines. Frankly, the necklace of zombie ears may put Daryl at the top of the list. If I told you Hershel was another candidate for biggest badass, you might think, Well, yeah, hes only got one leg. Of course hes got a bad ass. But Im going to show you how Hershel is a badass, and he doesn't just have one. After all, Hershels a recovering alcoholic, and its a key requirement for any badass to have a dark and troubled past. He may look like a humble farmer, but Hershels given us some moments of sheer ass-kickery on The Walking Dead. So with that in mind, heres the top 11.
Contributor
Eric Morlang
Contributor
Twitter