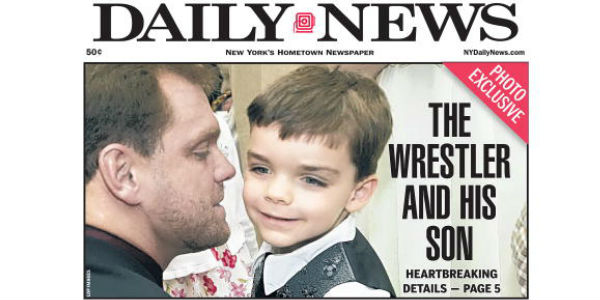 Obviously, when someone dies, it's a terrible occurrence. However, when the death is attached to a scandal, it's twice as saddening. Unfortunately, if a professional wrestling fan, the number of times that famous wrestlers have passed in a scandalous manner is unfortunate. This is a somber list, but ultimately one that could be used as a lesson to promoters, wrestlers and fans alike to highlight the moments when some of our in-ring favorites are asked to or act in a manner that pushes the envelope just a bit too far.Throughout the history of wrestling, there are certainly more than ten wrestlers who have passed away. Again, this list is not meant to sensationalize death, but rather to question those moments when moments occurred that left both media and the industry alike shocked, surprised and completely up in arms This is a sad, yet salacious group of tales, too. Wrestling itself is a bizarre business filled with unusual occurrences. As well, the moments that tend to befall wrestlers outside of the ring are certainly bizarre, too. Covering everything from alleged mafia and narcotics deals gone wrong to just sheer negligence on the part of pro wrestling promoters, to yes, the strain and wear of the business pushing talents a bit too far, it's all here, and all sad. Pause, read and let's hope that these occurrences do not repeat themselves in the future.
Contributor
Marcus K. Dowling
Contributor
Twitter
Facebook

Besides having been an independent professional wrestling manager for a decade, Marcus Dowling is a Washington, DC-based writer who has contributed to a plethora of online and print magazines and newspapers writing about music and popular culture over the past 15 years.

Who Returned To WWE On Last Night's SmackDown?

10 Iconic Wrestling Storylines Summed Up In A Single Frame