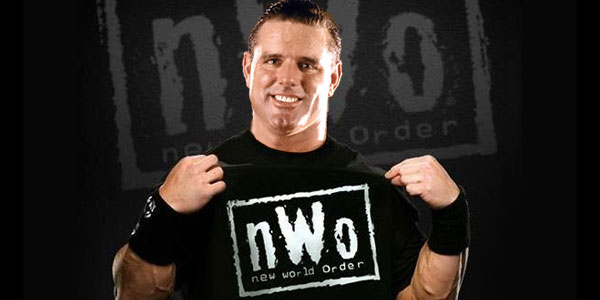 At the height of the Monday Night Wars, Raw and Nitro were highlighted by an almost-weekly parade of wrestlers defecting from one company and showing up on the competitions program soon after. Think about some of the biggest moments from both promotions during that era: Lex Luger shows up on the first Nitro, Scott Hall interrupts a Nitro match, Chris Jericho interrupts a Rock promo, and the Radicalz take a seat in the front row of Raw. Defections were the norm in the mid- to late 90s through the closing of WCW in early 2001. Look at the WWF and WCW rosters from those days and youll find plenty of examples of superstars who performed for both companies (in Rick Rudes case, televised on the same night). But there also are several wrestlers who were either rumored to or very nearly did jump ship one way or the other at some point  but for some reason, they decided to stand pat. Some of these guys staying put had a huge impact on the outcome of the Monday Night Wars. So lets look at 10 wrestlers who nearly jumped from one promotion to the other during the Monday Night Wars and see what their departures could have meant to the WCW/WWF battle for rating supremacy.

Scott is a former journalist and longtime wrestling fan who was smart enough to abandon WCW during the Monday Night Wars the same time as the Radicalz. He fortunately became a fan in time for WrestleMania III and came back as a fan after a long high school hiatus before WM XIV. Monday nights in the Carlson household are reserved for viewing Raw -- for better or worse.

10 WWE Characters Only Created For ONE Feud

10 WWE Careers That Were Transformed In One Year

Which Mid-90s WWE Angle Was Deemed 'Too Hardcore'?