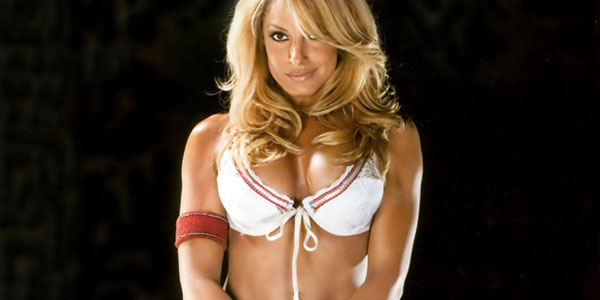 WWE.comIm sure most fans would like people to think that the only reason they stay tuned in when the WWE Divas are wrestling is for the athletic ability on display and the in-ring storytelling. That they enjoy the women wrestlers in the same way they do the men, viewing them as nothing other than competitors trying to reach the pinnacle of their chosen profession Come on, son. When women wrestling began, that may have been true, as most of the performers were average to below average-looking scrappers who were much more intimidating than titillating. But since the late 90s, female wrestling has taken a dramatic turn, evolving into more exhibitionist displays with a peep show aesthetic, with a roster populated with gorgeous models. Thats not to say the wrestling was bad. Quite the contrary, actually. Along with the influx of eye candy came a drastic improvement in workrate. WWEs women's division had a renewed focus, and oftentimes what was going on in the ring was nearly as important as the angles happening outside it. Those prime years are long gone, however. The PG Era has toned down the sensationalistic sexuality of the Attitude Era ladies, and the talent level has decreased significantly. But were not here to talk about that. Were here to talk about boobs. Along with the shifted focus of the Divas came a desire to use them to garner WWEs much-coveted mainstream publicity. Beginning with Sable, WWE Divas began appearing in Playboy at a rapid rate. Torrie Wilson, Chyna, Christy Hemme and Maria Kanellis were just some of the stars who posed for extremely successful pictorials. But not every superstar diva was willing to shed their clothes for Hugh Hefners magazine, nor any other photographers lens. Those are the ladies were going to focus on in this article. So for all you Googlers out there, dont waste your time combing through page after page of search results hoping to mine some undiscovered treasure. Parade, consider me your raincloud. It doesnt exist. Here are 10 WWE Divas Who Refused To Get Naked.
Contributor
Brad Hamilton
Contributor
Twitter

THIS Wrestler Rumoured To Left AEW

Eddie Kingston On AEW Star: "I Don't Trust The Guy"

WWE Attempting To "Smooth Things Over" With Sasha Banks? New