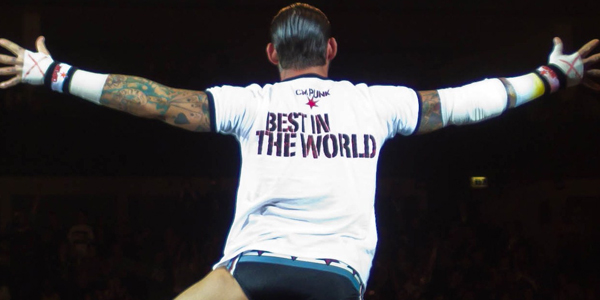 CM Punk is the current WWE Champion. He demands the respect that the title should naturally present to him from his colleagues and the audience. The audience doesnt like being told who they should and shouldnt respect. CM Punk gets booed by the audience. CM Punk is a heel; the latest in a long line of heel WWE Champions. The heels sole goal is to draw immense heat from the crowd  the better the heel, the more volatile a reaction (although CM Punk should probably realise that actually attacking fans could cause more trouble than its worth). The heel champion stands for a lot of characteristics, but fundamentally, he must win at all costs, use his championship advantage, and p*** everybody off doing it. In the following article I look to pinpoint the very best of the very bad, and provide a comprehensive list of those greatest heel WWE Champions.

We begin with the first long-lasting heel champion, Superstar Billy Graham. At this point in time, heels were simply fodder for the heroic faces of Bruno Sammartino and Pedro Morales. The only heel WWWF Champions prior to 1977 had been transitional, in order to prevent a face vs. face confrontation. Graham changed all of this. Defeating Sammartino for the championship by using the ropes for leverage, Graham stunned the audience, drew their hatred, and continued to do so successfully. So successfully in fact that he maintained his grip on the gold for 296 days. In terms of length of championship, he is the measuring stick that all heels have to aspire to. Graham was a cool, popular heel at a time where they were not supposed to exist, and out of twenty shows he headlined at Madison Square Garden the WWWF sold out nineteen of them, almost certainly the highest proportion in the companys history. He feuded with Sammartino, Dusty Rhodes, Pedro Morales and Mil Mascaras all over America and Japan, and even wrestled a WWWF vs. NWA title unification match with Harley Race. Graham is truly a legend, and a legitimately tough guy. People should remember his arrogant heel persona, and not the lukewarm attempts to make him a fan favourite in the 1980s or his disputes with Vince McMahon. Certainly he is a contender for the greatest heel champion ever.
Contributor
Callum Wiggins
Contributor
Twitter

10 WWE Main Roster Wrestlers Who Were WORSE In NXT

WWE Scrapped This Classic Gimmick Because It Was Getting TOO Over

WWE Announces Unexpected Hell In A Cell 2021 Match On SmackDown

10 Awesome Wrestling Moves That Nobody Ever Talks About