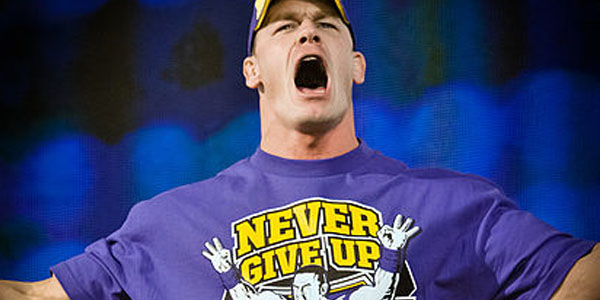 What will the legacy be for the 14 time World Champion and WWE franchise star John Cena? Every week for the last ten years, Cena has split audiences, getting a mixture of loud boos and cheers. He is the most over heel on the WWE roster at the same time as being the most over babyface - when it comes to getting a reaction, Cena knows his craft better than anybody. His matches are often criticized as being limited in move set and execution, fans point to blown spots and boringly methodical transitions. "You can't wrestle" chants and "Cena sucks" ring out as the same time as Cena's loyal fans scream "Let's go Cena." What's the truth about John? Is he an abysmal wrestler or is he going to be remembered as an all time great in the vein of Hogan, Austin and Rock? This feature will examine 5 of Cena's best matches and 5 of his worst as we endeavour to answer that question. What's undeniable about Cena is this - he is a proven draw and top merchandise seller. When it comes to WWE, that is the whole point, put asses in seats and sell as many t shirts as possible. In Vince McMahon's eyes, Cena is the greatest ever. His longevity is clear to see, Steve Austin had a main event run of 3 years, Cena is approaching a decade - and looks set to continue as the franchise star for years to come.
WWE Writer
Grahame Herbert

10 AEW Stars Who Have Gone AWOL

Report: WWE's Latest Return Will Bring Wrestler Back From The Dead

Why These AEW Stars Are Writing Their Own Storyline