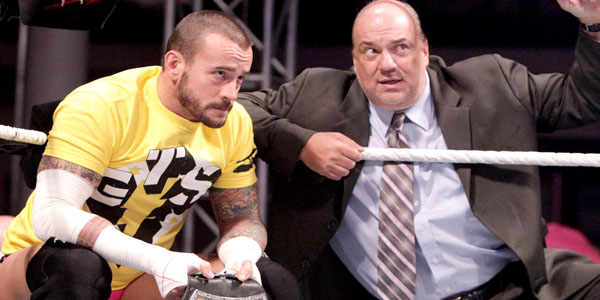 WWE.comPaul Heyman appeared on Chris Jericho's 'Talk Is Jericho' podcast this week, shedding light on the details surrounding CM Punk's sudden and mysterious January WWE exit. Heyman is of course a legitimately close friend of Punk, in addition to having worked with the wrestler in Raw storylines for much of the past two years. "He was unhappy. He had enough. He couldn't take it anymore," Heyman states, "A year before he walked there was daily conversations of, 'I don't think I'm going to be able to take this. I'm not sure how much longer I'm going to be here. I don't know how much longer it's going to be before I just decide to go home.' ... I'm surprised it lasted that long." So there you have it, CM Punk left WWE because he was mentally and physically worn out. This backs up other reports that the star was really struggling with physical fitness, Mick Foley previously stating that whenever he saw Punk the star would be clad in an ice pack or nursing an injury. It wasn't just a physical tiredness that made Punk walk though, Heyman reveals that the former WWE Champion was emotionally drained. In Heyman's mind, Punk had lost his passion. "Every day with him was an exercise in him finding the balance to simply continue on and find the passion he needed that he to do it. And I think what happened was he walked in the day after the Royal Rumble and he couldn't find that passion. "He couldn't convince himself or persuade himself, 'OK, whether I'm happy or not this is about the performance, my legacy. It's about I take pride in what I do. And whether I'm happy or unhappy when I go out there I'm going to be the best CM Punk I can be.' And I think somewhere during that day he couldn't find that." Walking out was Punk's prerogative, but it was a real shame that this couldn't have been done in a more professional way. It would have been better for everyone involved if WWE and Punk had sat down and discussed the issues. Surely a period of time off could have been granted, followed by some sort of character role until his contract expired this July. It's a tough business and Punk obviously felt he had nothing left to give. That's what makes someone like John Cena so impressive, the longevity he has displayed running on top for nearly ten years is staggering. Take into account Cena's schedule, he is almost always on the job, appearing or working for WWE in multiple capacities. People wanted CM Punk to be that guy, they wanted him in the top spot, but ultimately it takes a very special worker to really master the demands of that role. Punk burned out and lost the passion to work for it.
Want to write about John Cena, CM Punk and Paul Heyman? Get started below...
WWE Writer
Grahame Herbert

10 WWE Swearing Outbursts That Got Past The Censors