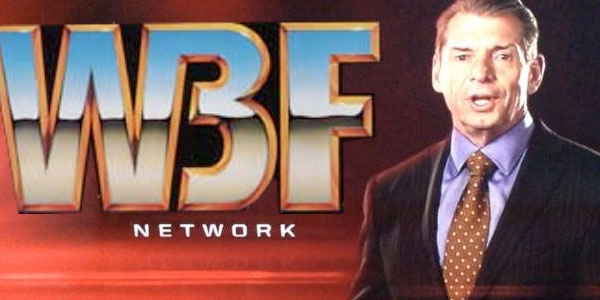 It will come as no surprise to anyone who's seen a WWE broadcast in the past 30 years that Vince McMahon is something of a bodybuilding enthusiast. In 1990, he decided to take that passion and parlay it into one of the WWE's first (and most maligned) side-projects  the World Bodybuilding Federation. Entering what was arguably even more of a niche sport than pro wrestling  one which was dominated by the Weider brothers' decades-old International Federation of Bodybuilding (IFBB)  it was clear McMahon had his work cut out for him. It started innocently enough, as McMahon announced his intention to simply create a magazine, Bodybuilding Lifestyles. However, in typical Vinnie-Mac style, it was an ambush  the magazine's presence at the IFBB's 1990 Mr. Olympia contest turned into an opportunity to announce the league's debut. Within months, McMahon had lured several of the IFBB's top competitors to the WBF (where they would be known as "BodyStars") via big-money contracts. The first WBF event was held in June of 1991, and despite initial promises from McMahon, was dripping with WWE glitz. The BodyStars had nicknames and larger-than-life characters, the Atlantic City venue was opulent, and celebrities like Regis Philbin and Donald Trump were in attendance. None of that stopped the 1991 WBF Championship event from losing money, of course  but the presentation was good. The next WBF event wouldn't be held for a year, despite the presence of the WBF BodyStars weekly TV show hyping the fledgling league. Prior to the 1992 Championship, McMahon tried to drum up interest in the event by signing Lou Ferrigno and Lex Luger to contracts  however, Ferrigno backed out when terms couldn't be agreed upon and Luger was injured before the show. In the end, the second WBF show  the first to be broadcast on Pay-Per-View  was a colossal flop. A month later, the World Bodybuilding Federation issued a press release that they were suspending production of WBF magazine, but that the league would continue. Privately, though, McMahon called up the Weiders and told them that he was shuttering the WBF completely. Over the next few months, the BodyStars made their way back to the IFBB, and the BodyStars program turned into an infomercial for Vince McMahon's ICOPRO supplement. The WBF had become an expensive footnote in WWE's history. Final Tally: $15 million loss
Contributor
Scott Fried
Contributor
Twitter
Facebook

We React To Our First Videos!

This WWE Legend Is "Buying Back" His OWN Merch New

10 WWE Things That Must Happen Before WrestleMania 38 New

WWE Legend Rules Out Ever Returning To Wrestling