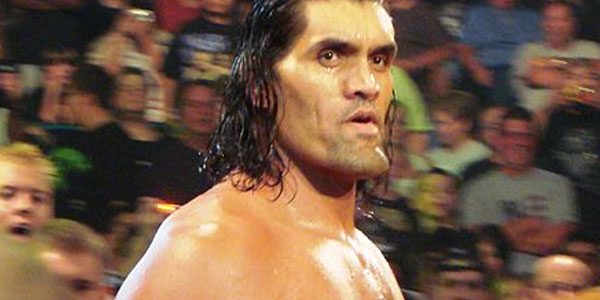 Khali is one of the most limited talents on the WWE roster  but with his great size he has managed to command one of the best salaries in the company. In fairness, anyone who has attended a WWE live event will attest that Khali is impressive to behold. He really is huge. But he's so limited that it really does become pointless having him on the roster. Khali can barely walk, let alone work in a ring. Vince McMahon brought Khali in with big plans in mind. Vince was clearly envisioning a new Andre the Giant, as well as an Indian star who could boost the company in the huge emerging Asian market. As a star of Hollywood and Bollywood films, Khali did have some pre-WWE value, and that likely helped him secure even more money. Vince pushed Khali hard, as he came in and squashed the Undertaker clean, which is pretty much unheard of. Khali went on to become a World champion, which for me was the beginning of the end for that title. WWE quickly lost interest in trying to get Khali over as a main eventer. He is a comedy act now, but still makes $974,000 downside. He has to pay his own travel which must be an issue given his size, hut Khali has done very well out of WWE and especially for a wrestler who can't wrestle.
WWE Writer
Grahame Herbert

Backstage Update On Why Paul Wight Signed With AEW New