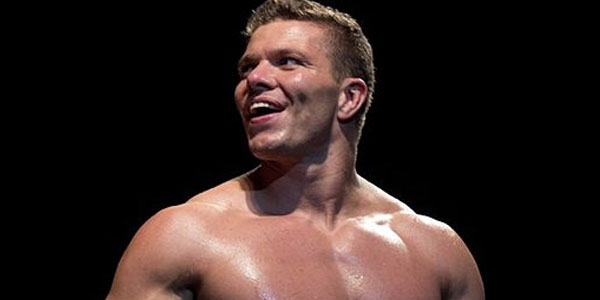 Over the years, we've seen Tyson Kidd take on numerous roles. Working with David Hart Smith and girlfriend Natalya as the tag-team The New Hart Foundation, playing on the heritage of both men's history and then having an odd singles career after turning on his partner way too soon. More recently he has simply been used as a glorfieid jobber to put other people over, no matter how impressive his own displays are. Now, with his appearance in the World Title contract Money In The Bank pay-per-view match, Tyson Kidd has a golden opportunity--a nugget if you will. While no one is expecting him to claim the Money In The Bank contract, he has an opportunity to become the Shelton Benjamin or John Morrison of the Money In The Bank match--the guy that everyone essentially pays the PPV to see what kind of awesomeness he can deliver. Don't get me wrong--I'd absolutely FLIP if Tyson Kidd won the MITB match. It would be one of those moments where I'd see some kind of genius in the WWE Creative Team. Even if the referee is down and someone demolishes him and he takes the briefcase, he would have his moment etched in MITB history. What WWE SHOULDN'T do is have him go out with a quick exit, and then leave it to the other competitors. People love when the underdog does something spectacular (Daniel Bryan, 123 Kid, Taka vs Triple-H), and they have a rare opportunity to build this guy up appropriately and create another crowd favorite (which WWE has found out, is a bit hard to do). Tyson Kidd really doesn't have a choice in the matter. It's all up to what the agents think are the best spots in the match and what the writers think will be a compelling story to portray. A choice Tyson does have is to really amp up his game--most fans know his talent level and he needs to showcase it. Don't try to pull off numerous HIGH spots, but give the fans one they can take home--one for the RAW or Smackdown intro video. Knowing the WWE Creative Team, this might be one of those rare flash in the pan moments for Tyson Kidd. I urge every WWE fan to have their eyes glued to the television on Sunday night--you may just see some history in the making!

We need more writers about Tyson Kidd and Money In The Bank! Get started below...
Contributor
Jared B.

Jared B. has excelled in a multitude of areas. From working for World Wrestling Entertainment and Pro Wrestling Illustrated to writing for the likes of UGO he has truly labeled himself as a force in professional wrestling. Currently, Jared is out in the good ol' workforce and is soon headed to law school.

10 Times WWE Embarrassed Their Own Stars

10 WWE Stars Who Pretty Much Asked To Be Fired