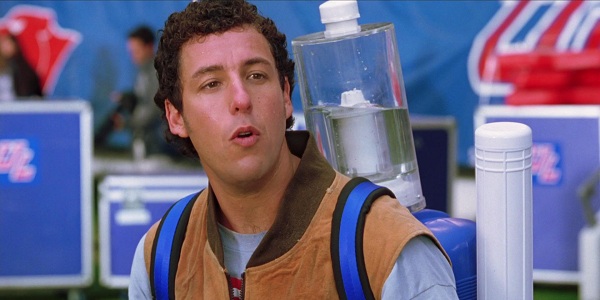 Mama says that if this list were in a descending order this movie would be number 1. Who can forget or better yet dislike The Waterboy? These were the days when goofy cartoonish Sandler voices were funny. Perhaps what makes The Waterboy a classic though is the gullibility of his character that believes his mama knows everything and that everyone else is a liar, cruel, and the devil. I dont know if the word uplifting is appropriate here, but it is certainly charming watching a sheltered buffoon go from a joke to a waterboy to a football, ahem, excuse me, foosball player. As usual Sandler also wins over a hot chick, which seems to have been written into every contract he's ever signed, and this time it's one that Mama strongly accuses of being the devil like everything else she doesnt approve of. The Waterboy is completely ridiculous but it remains one of Sandlers most memorable, quotable, and defining comedies. Let the Gatorade versus water battles commence!
Contributor
Robert Kojder
Contributor
Twitter
Facebook

9 Horror Movies That Forced You To Answer Impossible Questions