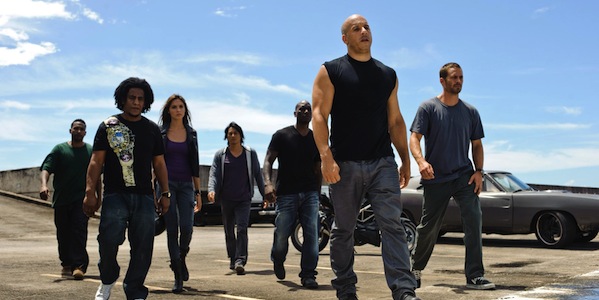 Let's just get this one out of the way. Sure, you could argue that nobody cares whether or not the characters in the Fast & Furious movies have got actual personalities - we just want the high-octane chases and explosive set-pieces, right? But think about how much better any movie in this franchise could have been if they spent as much time on the characters as they did trying to work out how to drive a car off a cliff with Vin Diesel and Paul Walker clinging onto it. So whereas Fast Five was a pretty great movie when compared to the others in the franchise, it was still lacking in the character department. I bet you there are only a handful of people on Earth who know the names of all the characters in Fast Five, and at least half of them are serving time. The characters might as well be referred to by the names of the actors who played them, to be honest. C'mon, we all call Vin Diesel's character "Vin Diesel's character," don't we?
Contributor
T.J. Barnard

10 Movies That Made Subtle Character Changes At The Last Minute

10 Movie Endings That Are Secretly Depressing