Whether it is Alfred Hitchcock walking his Sealyham terriers in The Birds, or Peter Jackson as a knife wielding Santa Claus in Hot Fuzz, the cameo is an enticing bit of fun for eagle-eyed fans. Cameos can be found in everything from film to books to video games. They can be employed as a nod of appreciation to an earlier work, an attempt to establish a shared universe, or simply an amusing sight gag for those in the know. The realm of horror films certainly has its share of cameos, ranging from original cast members appearing in remakes such as 2004's Dawn of the Dead, to fellow directors popping up in their colleague's films like George Romero in Silence of the Lambs. There are other cameos lurking in the shadows of your favourite horror films, waiting patiently for you to utter those four little words, "I'll be right back..." 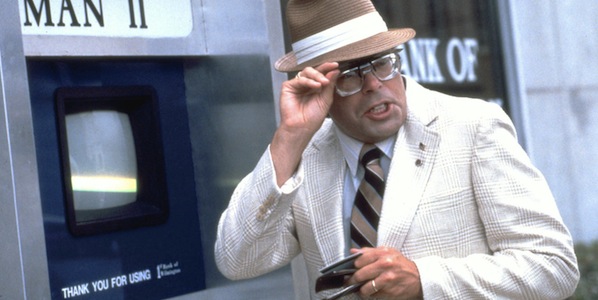 Adapted from Stephen King's own short story titled Trucks, Maximum Overdrive is one of the silliest movies to come out of the 80s; which is really saying something considering the decade spawned man-eating furballs from space and evil security robots in a shopping mall. The story revolves around an comet (what else?) that leaves the Earth covered in cosmic dust that makes all machines come to life and revolt against their human oppressors in a comically homicidal manner. The movie is pure camp boasting a pretty heavy soundtrack courtesy of AC/DC, however there are a few memorable sight gags, including a hell bent vending machine and a quick cameo by Stephen King himself. King appears at the beginning of the film as a yuppie who goes to an ATM, only to see this displayed on the screen: YOU ARE AN A**HOLE. Fun Fact: When King was asked why he never again sat in the director's chair, he responded, "Just watch Maximum Overdrive."
Contributor
Ryan Lynch
Contributor
Twitter

Ryan Lynch is a freelance journalist from the United States. He currently lives in Adelaide, Australia and writes for Adelaide-based music magazine Rip It Up. He wishes he could live like Hank Moody, but he watches too much TV and plays too many videogames to be that nonchalant.

20 Things You Probably Didn't Know About The Godfather New