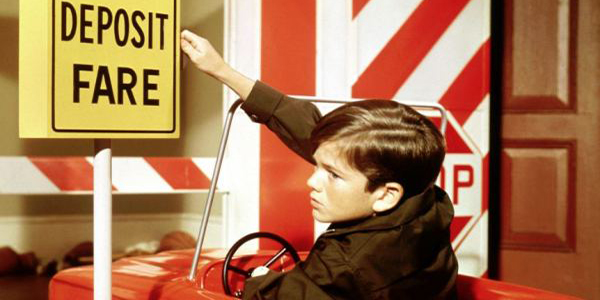 Metro-Goldwyn-MayerThe Phantom Tollbooth is, unfortunately, one of those films that has been forgotten over the years. Arriving in theaters in 1970, this was the last live-action/animation hybrid film to be released by MGM. A fun take on the classic children's book, The Phantom Tollbooth tells the story of Milo, a sad, young boy who lives by himself in an apartment complex. When a mysterious tollbooth appears in his living room, he is transported into a magical, animated world. Along with Tock, a watchdog who is literally part pocket-watch, Milo must save the Princesses Rhyme and Reason and restore balance to the Kingdom of Wisdom. The Phantom Tollbooth starred Butch Patrick, who also played the werewolf, Eddie Munster, on the show The Munsters. The film was well reviewed at the time and served as a decent alternative to the Disney films which dominated the market. Despite its good reception, The Phantom Tollbooth virtually disappeared until its re-release on DVD in 2011. Most recently, director Gary Ross, director of The Hunger Games, began development on a remake.
Contributor
Alec Belmore
Contributor
Twitter

Alec Belmore hasn't written a bio just yet, but if they had... it would appear here.