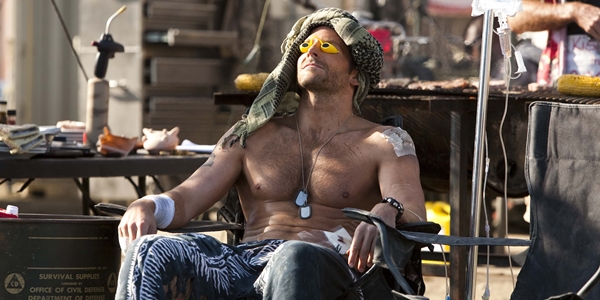 Out of all the 1980's TV shows that were rumored to be getting the big screen treatment, The A-Team always stood out as the most cinematic. Despite how cheesy the original show seems now, the central conceit is still solid; four war veterans on the run for a crime they didn't commit end up working as soldiers of fortune. It couldn't be that hard to turn it into a successful action franchise. Could it? After years stuck in development hell, the project finally began gaining traction when Joe Carnahan decided to take on his first mainstream blockbuster. Cinema's unlikeliest new action hero Liam Neeson signed on as Hannibal Smith, along with rising star Bradley Cooper as Face and the relatively unknown (yet awesome) Sharlto Copley as Murdoch. UFC star Quinton 'Rampage' Jackson completed the central quartet as the seemingly perfect choice for a modern-day BA Baracus. After a promising first act that gets the team together and utilizes the believable dynamic between the main actors, The A-Team soon descends into banality thanks to predictable twists and turns using a poor MacGuffin, a two-dimensional love interest and some ludicrous action set-pieces. I know the original show was fairly ridiculous but the 'flying tank' sequence and the finale at the shipyard are just an avalanche of poor CGI and even poorer physics.

The movie disappointed with just $26m from its domestic opening weekend and ended up with just $99m internationally, a very low number for a big-budget action movie based on a show that it still popular three decades on. Despite the best efforts of the cast, who are let down by an underwhelming script and workmanlike direction, The A-Team will live on only as a 'Friday night flick' instead of a blockbuster franchise.

Harry Potter Quiz: Which Movie Did Dumbledore Say It?