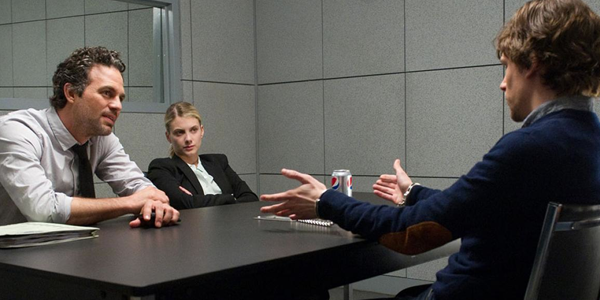 Curiously, to many the question might be who the prick in this film is - is it J. Daniel Atlas, or Jesse Eisenberg himself? Prior to the movie's release, a minor scandal erupted when Eisenberg was perceived as being rude to interviewer Romina Puga, declaring her "the Carrot Top of interviewers," which apparently made her want to cry. The Internet was divided over whether Eisenberg was just playing up to his usual casting, or whether he was genuinely being a douchebag. His movie character doesn't fare a whole lot better, though, for when Daniel is hauled into questioning by Agent Rhodes (Mark Ruffalo), he's not just thoroughly sarcastic, but ends up trolling him with some expert magic, placing the cuffs on him and leaving the key inside an unopened can of Pepsi. This, combined with his countless put-downs of former flame Henley (Isla Fisher), causes him to come across as yet another smug genius prick character in Eisenberg's repertoire.
Contributor
Shaun Munro
Contributor
Twitter

8 Actors Who Were Sued For Quitting Movies