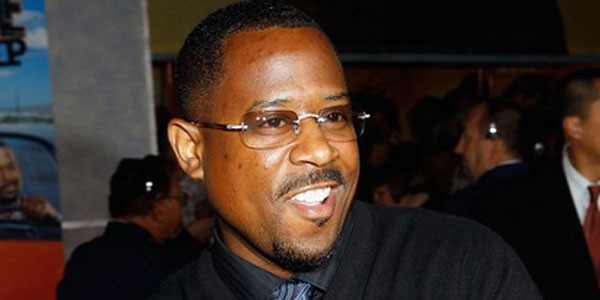 Martin Lawrence first came into being as a half-assed Eddie Murphy imitation, knowingly mimicking the beats of that far greater comedy icon, and absolutely knowing it. Audiences knew it too, and (at first) seemed to embrace the idea of spending time with a secondary motor-mouth, even if he couldn't match the wit and power of Eddie Murphy. But why have Lawrence when you've got Murphy? And that's the point we're focusing on here. Martin Lawrence has always relished the chance to get dressed up in a fat suit (seriously? What's with the fat suits?), spout a bunch of lines, make easy racially-aligned jokes, and get paid. That's a cycle which has repeated itself for a long while now, and each time to lesser effect. The fact that Martin Lawrence isn't particularly funny makes it all the worse, because he's one comic actor who genuinely doesn't seem bothered whether or not the movie he signs on for is a product of quality. Which is why we shouldn't be bothered to go and see them. Which - to be honest - we generally aren't.
Contributor
T.J. Barnard

10 Actors Who Gave Their Best Performances In Movies Nobody Saw

10 Films That Are Better The Less You Know Going In

10 Biggest Star Trek Events We Never Got To See

10 Movies So Predictable Everyone Thought They Were Tricking Us